Some world politicians have suggested that the FIFA change venues for the 2018 World Cup scheduled to be held in Russia to punish Putin’s violent escalating aggression in the Ukraine. Interestingly none of them have mentioned a suitable substitute country which represents nothing more than spouting off. 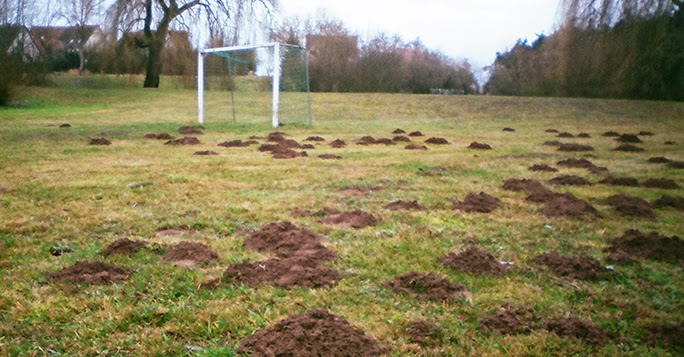 Even if tanks roll into Kiev tomorrow, the FIFA may not bend to international pressure. These are the same folks who awarded the 2022 to Qatar, a country located in an astoundingly inhospitable terrain for soccer – or most anything else for that matter. The Qatari government has promised the on-time completion of several billion dollars worth of several high-tech stadiums plus accompanying infrastructure which will provide a comfortable environment for the fans and players. Remember that Germany was awarded the 1936 Olympics before the Nazis took power in 1933 who were already persecuting Jews and other non-Aryans although military hostilities beyond German borders didn’t take place until 1939. Only World War II interrupted Word Cup play.


An alternative is for countries to boycott the World Cup in Russia. When Soviet tanks rolled into Kabul in 1979 the US and many other countries boycotted the 1980 Olympics in Moscow. This means that contingency plans must be made now. And what better alternate venue than Brazil? Brazil’s handling of the World Cup was imperfect yet admirable and they already gained valuable experience as global event planners. Brazil will host the 2016 Olympics which hopefully will go relatively smoothly with additional infrastructure in place.


The contingency plans must be developed shortly after whoever takes Brazil’s presidential office in October. Certainly the new or continuing administration will have its hands full with an already slowing economy and possible restive population agitated over lack of education, social services, etc. But who else is already prepared and willing to host the 2018 World Cup particularly on short notice? Included in this contingency plan would be the possibility of a shortened elimination series for the 2018 World Cup . In other words there would be a reduction of rounds, perhaps single elimination games in the first round instead of a 3-game series.


This is not your father’s Cold War military brinkmanship. Nowadays it’s all about business. The possibility of rescinding the decision to hold the 2018 World Cup site or even boycott it will infuriate a short-tempered Putin – if he’s still in power. It will mean lost revenue and enormous loss of “face” and prestige. That’s why Europe should aggressively plan to secure sources of energy from elsewhere before Russia turns off the tap in retaliation. With respect to prestige, Russia may be bruised but economically, because of its recent energy commercial agreement with China, it has options in other large markets.