The China-S Korea alliance is one of convenience with a mutual history of being under a brutal, long-term Japanese occupation. Nonetheless S Korea is savvy and is playing both sides of the China-Japan squabble while maintaining a strong military & economic alliance with the US.  The US. China and Japan represent the largest economies in the world so doing business with all simply makes business sense. For China, it needs all the allies it can muster in its maritime disputes and its connection with S Korea can soften its stance. Another seldom mentioned factor is that S Korea’s political relationship with China provides it offers an effective back door, go-between diplomacy and communication with N Korea. This serves the interests of both the US and China because neither country wants a calamitous breakdown should N Korea implode. 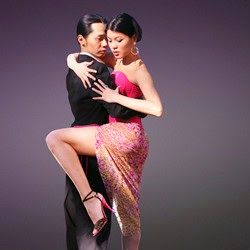 The key element in the simmering South China seas is the shifting weight of alliances for self-defense amongst the Asian countries. Their continuous shifting positioning is never as strong alliances nor bitter enemies rather a fluid, carefully balanced, ebb & flow martial arts dance. Any alliance can be strengthened or weakened simply by evoking historical references which are only a century old. To Americans this must seem like ancient history but in this part of the world, outright brutality and barbarism took place on an industrial scale resulting in millions of casualties and remains fresh in the psyche of every Asian country today. These memories mask an undercurrent of hostility hidden just beneath the weak façade of trade and pop culture. Thus all these alliances are one of temporary convenience like a one-time use computer password. It defies the saying, “The enemy of my enemy is my friend” because it does not necessarily apply in this region because of the highly complicated historical relationships.


Additionally, there are no absolutes. Within the overall alliance there may be strong alliances in one or two sectors between two countries and simultaneously weak ones in others. Japan and S Korea may collaborate in trade by securing and outbidding Chinese firms for raw materials and energy in Russia yet are loath to collaborate closely on military matters.


Often these series of alliances may appear to be similar to those that provoked WW I. However there are major differences.


First, because the Asian alliances are informal and fluid thus nations re not “locked in” to any obligation. Embedded in these arrangements is always a political “out” or “termination for convenience” when the external or internal political tide shifts. Aggravating an already tenuous situation is the presence of powerful Asian economies with a well-equipped, modern military in China, Taiwan, Japan and S Korea. They are all equipped with state-of-the-art military hardware but no recent combat experience. The most recent combat experience any of these countries has had is the brief China-Vietnam conflict in 1979 – 35 years ago. Today is a new world, new technology, new weapons and a new generation of people all of whom are untested.


Second, complicating matters is that the territory in dispute is maritime not land as in Europe which makes occupying and holding territory considerably more difficult.


Third, the Americans have the most advanced and comprehensive military satellite surveillance systems in the world. Should hostilities break out and seriously threaten to escalate, to what extent will the Americans use their surveillance information to help its Asian allies? Under a re-interpreted Article 9 would Japan shoot down a Chinese missile heading into space to knock out US satellite?


In business, especially in a hyper-competitive field, learn to dance. And dance well. Regardless of numerous commonalities you may have with your equally sized competitor(s) vs a much large one, it will always be business. As Gordon Gekko infamously told young Bud Fox, “If you want a friend, get a dog.” Alliances shift and change, sometimes for no logical reason whatsoever, completely unanticipated. Your competitor will always be your competitor even in the non-profit world.  Just make sure you don’t step on any toes.

Indo-Brazilian Associates LLC is a NYC-based global advisory service and think tank with connections at the highest levels. We provide you the tools to get on the "Short List" in your inter-cultural and global business endeavors.
Urban Planning & Security
Blog: pygmalionNYC.blogspot.com
Follow us on twitter: @pygmalionNYC
International Affairs

Posted by Atthehighestelevels at 7:23 PM