Bellicose Neutrality – A Gathering of Militants 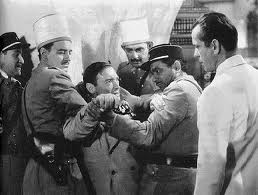 ISIS is reveling in their strong recruitment results in attracting disaffected youth from Western countries thanks to the fortuitous combination of stunning military successes and a sophisticated social media marketing campaign. In response to the dangers posed by returning indoctrinated, battle hardened recruits, Western countries are in the process of identifying those individuals who travel or intend to travel to militant hotspots as well as question those who have visited those regions and are trying to re-enter their home Western country. This government policy will certainly hamper departing and returning Western-born militant movements in the short-term, however ISIS is a cagey organization capable of lightning quick adaptation.


The focus of Western intelligence should be aware of is the transit of these militants to and from the following so-called neutral countries:
1.       Those who are passively aggressive by refusing to cooperate and permitting any traveler to freely come and go, and


These are countries that can be used as gathering places between experienced Western militants and new recruits who have no intention of traveling to militant held regions. The purpose is for the new recruits to receive information and training as a sleeper-cell in their home countries. These are the countries where face-to-face intel can be exchanged more effectively and safely as well as impromptu training in sabotage and provoking chaos upon return to their home countries.


The easy part is to track and match the travel patterns of militants directly leaving hostile zones to non-combatant countries with Western recruits traveling to those same countries. Several plotters of the 9/11 attack hobnobbed in Germany before executing their deed. The challenge is diplomatic: to acquire the full cooperation of the counter-part intelligence agencies to exchange information on suspect travelers particularly through third party countries to capture those taking an indirect route to those non-combatant countries.


To be more effective Western intelligence agencies have to realize that despite ISIS’ utmost ruthlessness, there are more safe havens, including non-Muslim, for ISIS members and other radical organizations than they might imagine in these same so-called neutral countries. There is strong anti-Western and anti-American sentiment in corners of the world that one would least suspect simply because historically the world hates empires, particularly if they can’t become citizens of them. And the safe haven gatekeeper may have little to do whether they believe in ISIS’ doctrine, only a shared symbiotic fraternal philosophy that they’re fighting against an empire.

Posted by Atthehighestelevels at 7:23 PM