ISIS: The Reservoir Dogs of the Middle East 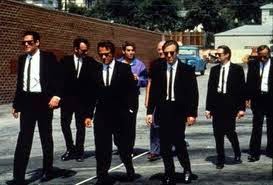 Whatever coalition is cobbled together by the US, their performance, or lack of, to combat ISIS is contingent not on US leadership, rather the coalition’s followership.  Specifically it’s how and to what lengths each coalition member will follow and support the US in this campaign that will determine its effectiveness and outcome.


Take the classic cult heist movie Reservoir Dogs (1992) in which several criminals meet beforehand to plot a jewelry heist and receive color codes for their assignment.  Each participant has a skill and a specific role to insure its success and most know each other quite well from previous heists.  Additionally, each one has a track record of reliability and is highly motivated to succeed, thus each member can rely on his partner to do his job.  Their background confirms that each one was raised in a tough environment and tougher neighborhood so each one is battle-hardened.


Interestingly enough the coalition members have similar backgrounds as the Reservoir Dog crew but lack critical components that endanger the campaign.  Despite a dangerous common enemy, they’ve never worked collectively before despite residing in the same tough neighborhood and they can’t trust each other nor the leader (US) because somehow, somewhere they’ve been betrayed by each in one way or another.  There seems to be more honor among thieves than governments.


The Reservoir Dog crew has only one minor pre-heist with respect to ego but it never compromises the operation.  Steve Buscemi is not a physically threatening or imposing guy.  He’s more of a thinker, “street smart”, who uses his brain rather than brawn, who is predictably miffed at being assigned the color code “Mr. Pink”.   His brief unsuccessful effort to swap his color code to a more masculine one doesn’t irk the other members because they know he’s a trusted and fully capable partner.


On the other hand, the commitment of coalition members is not only less than enthusiastic, their capability is in doubt.  Many of them will rely more on US military power while they commit as little as possible to defeat an enemy that threatens their very existence either directly or indirectly should ISIS influence hostile groups to their regime.  This problem goes well beyond jockeying to get the coolest color codes.


Depressingly, there are no heroes in this campaign.  The US, the leader of the coalition, carries considerable political baggage and each coalition member is damaged goods, severely tainted by some kind of recent actions, and always engaging in the exhausting shifting of alliances of a street hustler.  This upcoming conflict appears more like gang warfare rather than the liberation of groups targeted for extermination.

The infamous scene in which  Mr. Pink tries to change his code color:
http://www.youtube.com/watch?v=JlQhDN1Onho


Indo-Brazilian Associates LLC is a NYC-based global advisory service and think tank with connections at the highest levels. International business is increasingly complex featuring a highly mobile professional class in all corners of the globe. We provide you the tools to get on the "Short List" in your cross-cultural and global business endeavors. Tell us about your challenges. We'll get you on the "Short List."

Available for speaking engagements and workshops. Check out my profile including international media coverage on global issues as a panelist on TV and articles:

Posted by Atthehighestelevels at 7:55 PM