ISIS and Russia’s ability to conduct these surprisingly cost effective operations is due in large part to fortuitous timing. The US is war weary and has already evacuated their troops after expending billions with limited results and tangible political change. The US can now only manage supportive air strikes for their allies in the Middle East. The EU membership is politically fragmented on the degree of course of action and NATO, by policy, can’t respond directly by charter because Ukraine is not a NATO-member. Today’s wars are conducted as NATO leadership describes as “hybrid wars” encompassing several components that didn’t exist previously. The first is propaganda transmitted worldwide instantaneously via the internet, and the second is cyber-warfare which can render an adversary “blind” with respect to intelligence information. 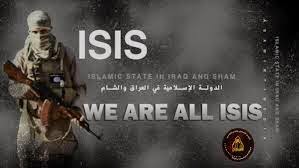 The commonalities between ISIS and Russia are striking. They are expansionist by invading territory in weak and corrupt sovereign states with a “welcoming” population, natural “allies”: ethnic Russians in eastern Ukraine and Sunnis in the Middle East. This makes their occupation cost effective in that there is minimal threat within those newly invaded territories of a local rebellion. Thus the size of the occupying force is to repel outside attempts to re-seize it, not indigenous crowd control. They rely on oil productions for their revenue.


1.      Big Business: Waging war is an expensive undertaking. As a high-demand, fungible commodity and owners of oil refineries and the grounds that hold oil, easily sold through intermediaries if required, they are less vulnerable to lack of funds. Russia has the advantage of not only having oil but also limiting or denying natural gas to the West as bargaining leverage particularly with fall and winter arriving shortly. Think of Big Business with a military.


2.      Vengeance: For Russia it’s expansion to increase territorial buffer against perceived Western encroachment and influence. For ISIS it’s the redrawing of the Middle East which was divvied up in such a way primarily by the British and French after WW I to deliberately weaken the region. 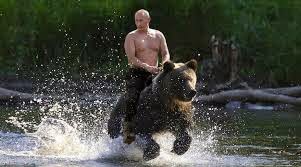 The simultaneous wars occurring in Ukraine and the Middle East display contrasting public relations campaigns conducted by the aggressor parties. Here are the differences how their public relations campaigns are conducted which are based on their classification of non sovereign state (ISIS) vs a sovereign state (Russia):
As a non-sovereign state ISIS is not recognized nor beholden to any official world organizations. As a sovereign state Russia is well integrated politically and economically into the global community. For ISIS, no rules apply particularly those pesky Geneva conventions. As a result, ISIS revels in highlighting its despicable actions vs Russia’s denials because it supposedly is not involved in the conflict. Russia can be sanctioned, ISIS cannot, which is the West’s dilemma.


1.      Objective: Russia’s expansion is defensive in nature to create a buffer and is limited by its military capability to the Near Abroad –one sovereign state, Ukraine - occupied by ethnic Russians. ISIS’s expansion is offensive to areas with religious not ethnic natural allies in Sunnis who reside in multiple sovereign Middle East states that span vast territories. These countries fear possible uprisings amongst their Sunni population from within and may not have enough military might to defend their borders which is why ISIS can secure more territory more quickly.


2.      Public Relations: Russia promotes crude, bold-faced lies despite proof to the contrary portraying Russia as the savior and protector of ethnic Russians in other sovereign lands as premise for political and military threats, pressures and direct intervention. The signature disinformation moment was the missile attack on the Malaysian airliner. This public relations campaign is run by the state media for the purposes of justifying the situation. It’s like a thug beating someone up in broad daylight screaming, “Please help me stop this fight!”


On the other hand, ISIS presents a smooth, sophisticated, polished public relations campaign with brutally honest updates via social media cleverly packaged for specific target audiences in the Middle East and West serves a recruitment tool. It’s equal opportunity for all if Muslim and Sunni (sectarian specific) reason for foreign fighters who fulfill their manpower requirements (aka cannon fodder) to depict a global struggle. The twisted irony is that though they utilize sophisticated propaganda methods to promote their cause and persuade potential converts, they publicly execute journalists – the signature moment of beheading a Western journalist. It’s a perverse purity of evil.


Ruthless regimes are not crazy. There is, as they say, “a method to their (perceived) madness.” It’s a Twilight Zone of propaganda in which both truth and lies can cut equally deeply and effectively for the purposes of hijacking emotions to create true believers from non-believers.

Posted by Atthehighestelevels at 6:12 PM