Russian President Vladmir Putin has arrived at a critical crossroad in his Ukraine counter-offensive campaign and faces the historical temptation all leaders face: push on or stay put? After military successes to secure friendly territory populated by ethnic Russians, Putin can decide to stay in eastern Ukraine indefinitely. By default he’s erected a wall between western and eastern Ukraine 35 years after the fall of the Berlin Wall. It’s a cost effective occupation because fewer soldiers are required to ‘keep the peace’ and the Ukrainian military doesn’t have the firepower to recapture lost territory. NATO is powerless to do anything militarily with respect to assisting a non-NATO country. Putin now has an almost unbreakable bargaining position. 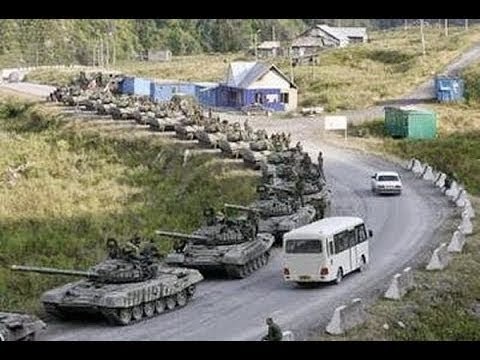 On the other hand, Putin deliberately mentioned to a European official, to which the Kremlin cleverly confirmed, that Russia could take in Kiev within two weeks. Indeed the Russian military could continue to Kiev with little opposition. NATO cannot and will not oppose his march should he decide. NATO’s so-called rapid response force, even if it were much larger, is nothing more than a perimeter for political purposes.


A brilliant strategy that Putin can employ is as follows: the Russian military continues to a point just outside Kiev. Like the Americans did in Gulf War II in Baghdad, he could initiate “Rolling Thunder” Russian-style and send a convoy of tanks and other heavy vehicles rumbling through the city as a symbolic act of power. Unlike the Americans, the Russian won’t occupy Kiev, simply withdraw back to the eastern Ukraine. This will demonstrate Putin’s resolve to keep Ukraine under Russian control and out of NATO. 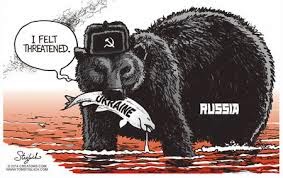 Ukrainian President Porshenko is becoming hysterical that the Russians will take Kiev, consolidate and continue west at a future date. The Ukrainian leadership may be under the false illusion that NATO will intervene should Russian tanks roll towards Kiev. He may also refuse the Kremlin’s olive branch for a cease-fire to goad the Russians to march to Kiev and trigger a NATO military response.


Whether or not Russian cease-fire guarantees mean anything at all is another matter. Russia does not have the capability of continuing beyond eastern Ukraine and holding territory which requires significantly more troops and materiel that they don’t have nor can afford. The Russian military is well aware that they will lose badly in any military conflict with NATO. Additionally, during an occupation the Russian military would be continual targets of guerilla attacks with weapons furnished by the West as the Soviets suffered in Afghanistan. Putin, the history buff, will not put himself in such a vulnerable position.
Copyright Indo-Brazilian Associates LLC 2014. All rights reserved.


Posted by Atthehighestelevels at 6:47 PM