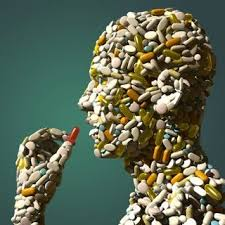 As the real and imagined threat of Ebola increases daily so is the temptation for psychologically unhinged lone wolves and hate groups to exploit these fears. Already there’s a sense of inevitability that more cases will occur outside of West Africa particularly due to the ease of international travel and less than perfect border controls. It’s easier to smuggle in a virus than a box of Cuban cigars. The timing of this outbreak couldn’t be worse because of start of flu season during which the early symptoms of the Ebola virus are similar to the flu.


Our society consists of millions of law-abiding citizens who are over-medicated, de facto hypochondriacs with legitimate prescriptions living in a bubble world with no lethal communicable diseases. Suddenly Ebola is looming as a psychological dagger poised to burst this bubble.


Working in tandem with Ebola is another virus that has no cure: discrimination. This ancient virus has adversely affected humankind more than all the plagues combined throughout history. People-to-people eradication are known as pogroms. Virus-to-human eradication is known as a pandemic. We’ll eventually find a vaccine or cure for Ebola well before we find a cure for discrimination, a virus that may be permanently incurable.


The Ebola events are playing out like one of those far-fetched, sci-fi movies but with real-life, day-to-day psychological casualties. Because Ebola originated in Africa, African immigrants who live outside the affected regions are significantly more at risk to verbal and physical attacks. The scenario is inflamed by the high media profile and “less enlightened” celebrity types who unabashedly use Ebola as a reason ratchet up public fear of immigrants and justify closing the borders.


To take this further, it could result in the return of that despicable period when people of color and other “undesirables” based on their origin, couldn’t enter or use certain public places. Closed minded people may not physically post signs exclaiming, “No Africans allowed”, however it’s equally insidious and evil relative, the “soft” discrimination, may manifest with deliberately surly service. Or they could be subjected to a Gestapo-style interrogation with respect to where and when they’ve traveled and with whom they associate.


And amazingly there still remains a cadre of so-called top medical experts who exhibit professional hubris by claiming that it’s difficult to transmit Ebola and that developed countries can easily contain the virus. I can’t help thinking that perhaps these professionals are descendants of the scientific and religious brain-trust centuries ago who insisted that the earth was flat despite overwhelming evidence to the contrary. Often the most lethal pandemics are the ones that infect the psyche and are more damaging than the actual pandemic itself.

Posted by Atthehighestelevels at 7:42 PM