The Economist (Nov. 1, 2014) quoted Polat Kan, a Syrian Kurdish commander, who compared the Battle of Kobani to the Battle of Stalingrad, the infamous WW II battle that took place in 1942-43. This battle was the turning point on the Eastern Front when the previously unstoppable German 6th Army seemingly had captured Stalingrad before the arrival of Soviet reinforcements and the infamous brutal Russian winter combined to destroy the German Army in early February 1943. 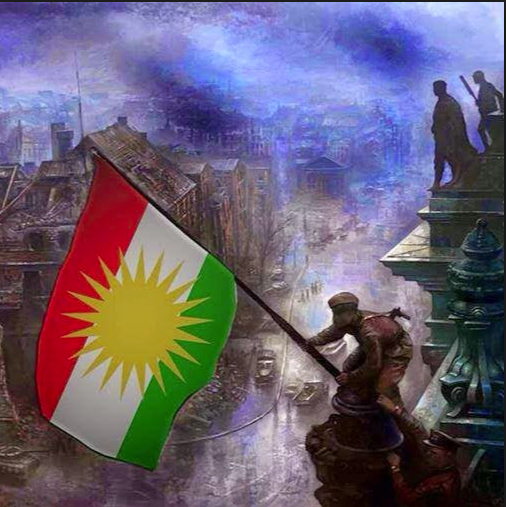 Of course this battle in a small city next to the Turkish border is more like a WW II skirmish yet there are many powerful and eerie parallels to Stalingrad. Not long ago it seemed inevitable that Kobani would fall and that and a resultant slaughter would follow. Yet the Kurds have held thanks to US air attacks against ISIS positions plus furnishing supplies and intelligence information to keep them from collapsing.


Although these reinforcements number only in the hundreds, they bring with them heavy weapons – superior firepower - which counters ISIS weaponry. Several weeks ago the beleaguered Kurdish fighters were literally counting bullets for their light firearms. ISIS, who utilizes numerous foreign fighters, now must contend with reinforced Kurdish forces and US air support. This parallels the German 6th Army’s reliance on foreign fighters, the reluctant Romanians, Italians and Bulgarians guarding their flanks, and the Russian winter which severely hampered operations.


With respect to the bigger picture, during the same period on the Eastern Front the Germans reached as far as the suburbs of Moscow, the Russian capital. Similarly ISIS is near Anbar which is within striking distance of Baghdad, the Iraqi capital. The Germans never took Moscow after their defeat at Stalingrad. Certainly the Kurds don’t have the manpower to perform an encirclement yet ISIS now experiences what all armies, sovereign nations and militants, inevitably will face – a choice of unpalatable options. Either they continue fighting in a meat-grinder with the odds of victory greatly diminished or suffer a humiliating retreat after expending countless fighters and materiel in a high-profile battle.


The German 6th Army’s defeat at Stalingrad represented the beginning of the end for Nazi Germany. Symbolically Kobani may be the turning point for ISIS and the beginning of their downfall. An ISIS withdrawal leaving the Kurds firmly in control of Kobani would be a huge political win for the US administration justifying their use of exclusive air power and training of local fighters to defeat well-disciplined militant groups. Additionally it would give an enormous psychological boost to the moral of several Iraqi divisions currently training for the planned 2015 spring offensive whose objective is to cut-off supplies to ISIS and isolate them in the cities.

Indo-Brazilian Associates LLC is a NYC-based global advisory service and think tank with connections at the highest levels. International business is increasingly complex featuring a highly mobile professional class in all corners of the globe. We provide you the tools to successfully negotiate cross-culturally in your global business endeavors. Tell us about your challenges. We'll get on the "Short List".
Available for speaking engagements and workshops. Check out my international media profile as TV panelist and published articles:
Cable TV appearances on 2014 Emmy-award winning international talk show "Fresh Outlook":

Posted by Atthehighestelevels at 7:49 PM