5 Reasons Why World Oil Prices Will Rebound Strongly by 2Q2015 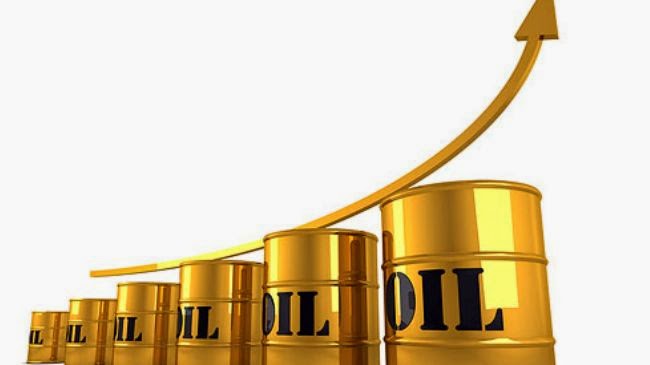 World oil prices will eventually rebound. The questions are when, how quickly, to what price point and what will be the drivers. I predict world oil prices will rebound to $100/bbl by 2Q2015 based on the following confluence of developing events that could take place during the next 6 months:

1. Vanishing Surplus: The world oil inventory surplus will vanish by early 1Q2015. China is taking advantage of the 5-year low oil prices and is using this opportunity to beef up their strategic reserves.


2. World Oil Demand: There will be a tepid, perhaps modest, increase in world oil demand by mid 1Q2015 as Asian and European moribund economic growth recover.


3. U.S Regulatory Rail Transport Constraints: According to the WSJ article “Railcar Bottleneck Looms Over Oil” on December 22 a report by the consulting firm Brattle Group indicates that the US DOT will require rail companies transporting oil to retrofit 75,000 older tank cars with crash-resistant components for safety purposes. The completion of these new standards and compliance deadlines are expected sometime 1Q2015.
In an earlier WSJ article “In Plain Sight: Shale Oil’s Rolling Pipelines” on December 4, U.S. rail companies transport 1.1 million bbl/day  today vs. only 21,000 bbl/day in 2009 as a result of shale oil production. Retrofitting railcars will significantly reduce the amount of oil transported which in turn will force lower oil production. Rail is significantly more cost-effective and can transport considerably more oil than trucks. Think of this as a self-imposed regulatory sanction.


4. Faltering Venezuelan Oil Production: Economically Venezuela is between a rock and a hard place with only $21 billion in reserves, an overwhelming reliance on oil exports for 96% of its revenues (the highest of any oil producing country), high debt ($40 billion in loans to China), and capital controls. Additionally, oil production has decreased dramatically since 2008 from 3.4 million bbl/day to 2.45 million bbl/day in 2013. This has been a result of the exodus of experienced oil workers and paltry investment in development due to restrictions on western energy firms’ participation. These factors create a highly volatile political situation which has put President Nicolas Maduro, with an approval rating of only 25%, in a corner with almost no room to maneuver.  Any regime change will result in a further reduction (albeit short-term) in oil production, enough to frighten the markets.


5. Winter Weather: The wild-card factor would be a change from the current mild winter weather to consistent seasonal or slightly below seasonal temperatures which will increase demand.

Posted by Atthehighestelevels at 7:12 PM No comments: 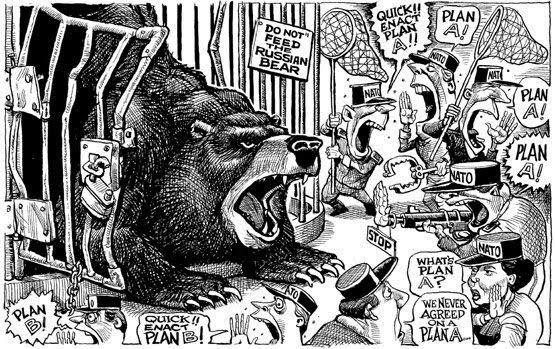 The brutal oil price meltdown and anticipated continued low prices for the upcoming months has forced the mothballing of mega-energy and overall industry wide retrenchment. Several western firms have pulled out of their agreements with respect to multibillion dollar mega shale gas exploration projects in Ukraine including Royal Dutch Shell and Chevron. The reasons, according to an unnamed source, were due to a combination of plunging oil prices and disappointed geological results in a war-torn eastern Ukraine. This pullout means that Ukraine will continue to be totally dependent on Russia as its sole supplier for its energy needs. Ukraine is Russia’s cash cow with respect to oil revenues.


Because Ukraine is technically bankrupt it depends on IMF, World Bank and EU funding to pay their energy bills, a dependency that perpetuates Russia’s huge political leverage in the region. More unsettling for these western funding sources is the fact that Ukraine is ranked 135 of 175 with Transparency International which is hardly reassuring that these funds will be fully used to secure energy.


The reasons for why the oil giants’ dropped the oil shale projects are certainly not because of low oil prices or hostilities for several reasons.


First, oil firms undertake these mega-projects as a strategic operation and don’t fold camp due to the historical cyclical whims of the energy market.


Second, these firms certainly wouldn’t sign multibillion dollar agreements if there wasn’t proof of potentially highly profitable findings. Before the CEO puts his John Hancock “on the line that is dotted”, all forms of due diligence, including geological surveys, have been performed.


Third, they go where the oil is and that has historically included mostly war-torn territories where they’re highly experienced in security protocols for personnel and installations in hostile geological and political environments.


One possible reason is that this might be part of a grand back-door political deal with the West so that President Putin has a face-saving way to have the sanctions eased or lifted. Easing or lifting of sanctions would allow Russia to access to capital markets to reschedule payments to pay about $365 billion in capital debt to foreign banks due in 2015. Without such harsh economic encumbrances the ruble can stabilize and then rise gradually eliminating the need to continually raising interest rates, force state-run companies to sell foreign currencies, or touch their $400 billion foreign reserve.


The oil firms’ participation in Ukraine represented the West’s perceived economic energy infringement into Russia’s Near Abroad. The oil firms’ withdrawal is an economic, not military retreat and an economic, rather than military solution to a political logjam.


With this economic withdrawal by the west, we’ll probably see reduced overt Russian military activity in eastern Ukraine and possibly even barely noticeable withdrawals as part of the implicit agreements between the West and Russia. There will be gradual and progressive official lifting of sanctions by the end of 1Q2015, with unofficial tacit agreements to quicken the pace contingent on Russia’s positive political and military “behavioral modifications”. It does not serve large European or American financial and energy firms to have a bankrupt or severely weakened Russia.


Any crisis always provides excellent cover for countries to engage in unusual practices out of convenience or necessity. A current example is China’s voracious purchase of oil at low prices to bolster their low strategic oil reserves. Because of clever data reporting, it’s difficult to discern how much of the total Chinese oil purchases are for commercial and military use.


Applying this cover in Ukraine, this possible conveniently orchestrated arrangement makes it all but impossible to link the sudden withdrawal of large Western energy firms that signed multibillion dollar agreements only last year, to soon-to-be more favorable economic treatment of Russia.


This deft mutual maneuver will put Russia in a positive position as surplus oil inventories are drawn down by an improved world economy. And because several mega-exploration projects were halted, it will be difficult to restart immediately to have an impact to meet growing world demand for oil which will result in an upward price trend.


Posted by Atthehighestelevels at 6:57 PM No comments: