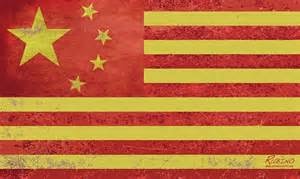 Chinese students who are studying in democratic countries represent the future leadership of China. However the aftermath of their sojourns will only minimally impact Chinese culture. For thousands of years China has been a collective society where these students feel most comfortable. Additionally this future generation that will assume positions of influence and power realizes that this collectivism also represents an effective form of societal control under their eventual leadership, albeit a slightly more flexible and broader containment of individual freedoms that today.

With respect to their studies in open democratic societies, this future generation will be better prepared with respect to commercial relationships with their western counterparts particularly in negotiations because of their exposure to the western democratic mindset whereas most westerners will struggle or continue to be ignorant of the Chinese business practices mindset.

Ironically there’s a fascinating relationship between the future Chinese and western generations. The Chinese students studying in western countries are learning that the present-day western societal policies are determined by a corporate elite that has a powerful influence over government.  In China, the dynamic is the same but utilizing different levers - a powerful government with influence over the corporate elite. Yet in both China and western countries the end result is the same: a ruling elite with overwhelming commercial and culture influence over the population.

For this reason the future generations of young Chinese and westerners prefer to work for the most powerful and influential components for power and success in their respective countries - different roads, same destination. Thus there are more commonalities than differences between the future leadership of Chinese and western students.

Another interestingly parallel dynamic is that, China’s economic policy in tolerating Hong Kong’s free-wheeling style, is “one party, two systems.” In the US politically we have “two parties, one system”, Democrats and Republicans within a capitalistic society.

Chinese students studying in most democratic countries, especially the US, are discovering many familiar things. Ironically young Americans are becoming more like their Chinese counterparts while the Chinese are mirroring western trends resulting in many commonalities between the two countries as follows:

Urban Living: One parallel development is the trend of living in cities, and gentrification through the displacement of long-time residents. In the US gentrification occurs through the economic displacement of current residents, frequently poor and of color, through ‘market forces’ making renovated and new housing unaffordable which economically displaces them. In China forcible displacement of residents is by government decree with minimal compensation– urban planning through eminent domain followed by new construction and development for the upper-middle class to wealthy residents.

Self-censorship: In the US there’s an insidious trend towards strong self-censorship in order for young people to obtain and maintain good jobs. Corporations routinely troll through their social media and affiliations to determine the candidate’s or current employee’s so-called moral suitability for future or continued employment. For example if an employee is affiliated with the ‘wrong’ political party, he can get fired, demoted, or denied promotions.  The power of the internet has allowed US private industry to become the Big Brother collecting information through data mining with few legal restrictions what authoritarian governments have always done. Nowadays a credit card company knows where you are and can predict what you’re going to purchase before you do. This new dynamic results in an American de facto collective white-collar work force made to submit and obey and mavericks are ostracized a forced collectivism in the US where in China it’s a cultural tradition.

For the Chinese government it’s a two-layered issue. The Chinese government encourages a world education for its students providing that it’s administered overseas yet restrict such teachings on Chinese soil similar to most authoritarian regimes. The reasons are as follows:

1.             Firstly, for the Chinese government it’s politically unpalatable to have academics on Chinese soil teaching western concepts than are counter to Chinese policies and practices.

2.            Secondly, the teaching of western concepts on Chinese soil is significantly more far-reaching - in the hundreds of millions – vs. the 275,000 students requiring governmental documentation to study overseas in western countries. The Chinese government can more easily control and limit the number of students studying in the west vs. monitoring those being taught those same concepts in China.

The Chinese government needs a future leadership that understands western countries for external tactical and strategic political and business purposes as long as this particular education is acquired outside of China. As a safeguard, those Chinese students permitted to study overseas are from the upper and middle classes and are less likely to foment any revolutionary ideas once they return. Any western ideas taught to the poor in China, who have less opportunities for overseas travel and overall advancement in society, would be more likely to result in greater dissatisfaction with their lives in China and create a nest of potential civil disobedience and unrest.


Indo-Brazilian Associates LLC is a NYC-based global advisory service and think tank with connections at the highest levels specializing in international investment, political and security risk assessments. International business is increasingly complex featuring a highly mobile professional class in all corners of the globe. We provide you the tools to successfully negotiate cross-culturally in your global business endeavors. Tell us about your challenges.  We'll get you on the "Short List".

Posted by Atthehighestelevels at 5:54 PM