The Difficult Path of the 21st Century Civil Rights Movement 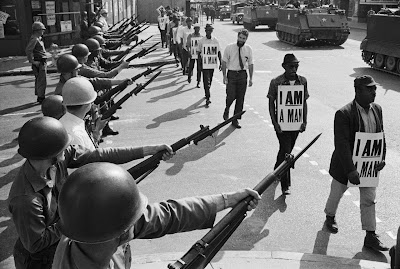 The high-profile shooting captured on video during the past several others in various US cities and towns has prompted many to demand and even expect a new Civil Rights movement similar to the protests during the 1950s through 1970s.

There are several factors why a repeat of the 1960s Civil Rights movement will be difficult:

First, there are already a multitude of laws since the 1960s on the books protecting minorities and ensuring that they receive equal treatment under the law. Unfortunately, the problem seems to be their lack of enforcement or disregard, and the light punishment of the guilty parties.

Second, there are no universally credible or respected civil rights leaders on a national scale who are trusted by the community and with whom government has a good dialogue. Indeed there are strong civil rights leaders throughout the country but their reputation and appeal are limited to their local communities.

Third, the current and near-term political atmosphere is toxic. The GOP, already in the majority in the House and Senate, is actively trying to dismantle many civil rights provisions, and a lame duck Democratic president who has decreasing domestic influence. This means that the successful introduction and passage of Civil Rights legislation to strengthen current laws will face a difficult battle because there are no powerful political advocates.

Fourth, America is a significantly more ethnically diverse and ‘browner’ country than in the 1960s as a result of greater immigration from non-white countries and increased mixed marriages and relationships. Ironically this same increased diversity hampers a potentially strong coalition because the concerns and priorities differ between African-Americans and an astounding diverse block of Asians and Spanish-speaking citizens. For this reason there’s no one leader or even small group of leaders representative of each group can emerge, and be universally accepted by all groups to be an effective political force. Back in the 1950s and 1960s it was almost exclusively and literally a black vs. white problem. Balkanized leadership is fragile at best and is usually ineffective.

Fifth, although social media is effective in conveying messages instantly to diverse groups across vast geographical boundaries, its drawback is that it can complicate matters because it easily foments subgroups which may muddle and dilute the core message.

Until the political situation is sorted out after the 2016 President elections, little if any progress will be made in forming a Civil Rights strategy which will certainly be needed in a 21st century America.

Posted by Atthehighestelevels at 9:28 PM