Trump: The Independent in Elephant’s Clothing 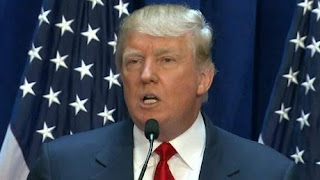 There’s a justifiable media hysteria over the astounding political ascendency of Donald Trump at the cusp of the first GOP debate. Nonetheless, every political pundit is currently stating that despite Trump’s huge lead, it’s inevitable that he’ll “crash and burn” and that his raging popularity is nothing more than an entertaining diversion before the so-called real candidates with political experience emerge.

A mere 8 years ago something similar was said about President Obama at the same point in time during his initial presidential political run. In fact, Obama faced far tougher odds being an unknown young, person of color, Muslim father, with minimal political experience and without the benefit of being a billionaire. Despite daunting social, political, and statistical odds he was elected handily at the highest office– twice. The people ‘spoke.’

Throughout history nations have produced leaders who overcame supposed impossible obstacles such as social class or ethnic/racial background whether in democracies or in dictatorships.

Many of these same pundits now claim that a late middle age Caucasian man who built a business empire can’t achieve the same success. Trump is bristling, bombastic, and a billionaire which means he can’t be intimated or bought.  Trump leads over a divisive and weak GOP field none of whom have any serious “traction. Trump is the one who is making the GOP pull their hair out at the same time as Hillary Clinton’s possible waning popularity appears give the GOP a powerful edge.

In an astounding, almost Twilight Zone parallel, Trump’s presidential candidacy is akin to Bloomberg’s run for NYC mayor: two billionaire businessmen about the same age and who’ve dominated the NYC business scene who’ve created such a powerful brand name recognizable worldwide that they’re easily known only their last name – Trump, Bloomberg. Like Bloomberg before he was elected NYC mayor, Trump has never held political office and is in reality a political outlier running under the GOP flag but never loyal to it - in reality an independent wrapped in GOP garb.

Regardless of the end result of his presidential run, at a future date, months or even years from now, Trump’s handlers will probably admit that they were stunned at Trump’s incredible front-running success entering the first GOP debate.  Trump’s advantage is akin to a powerful businessman who is able to dictate terms and put his adversaries on the defensive. Like a scratch-off lottery winner hoping for a modest payoff of several thousand dollars to pay the next several months rent or mortgage payments, the Trump team instead has hit the jackpot worth several million dollars.

If during this first GOP debate Trump conducts himself like a genuine statesman, dodges verbal slings and arrows from his opponents, graciously and diplomatically without nasty retorts and presents a solid, well thought out agenda, he could be the GOP’s worst nightmare.

Available for speaking engagements and workshops. Contact us at http://www.indobrazilian.com

Posted by Atthehighestelevels at 7:29 AM