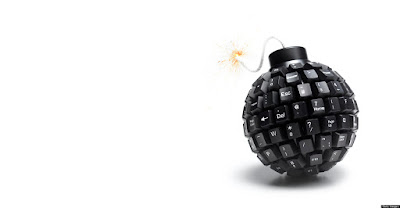 There’s an on-going escalation cyber-war between nations, unseen and unheard by the world’s general public who blithely go about their everyday business not realizing their vulnerability to a prolonged breakdown.

One factor rarely mentioned is the ever increasing risk of a “Fail Safe” incident in which a military grade cyber-virus goes ‘rogue’, out of control, escapes its electronic cage and spreads to key infrastructure sectors forcing shutdowns. Back-ups fail under the strain and a major western city or region plunges into the Dark Ages in which power cannot be restored for days even weeks. I’m referring to a cyber-beast of a virus that almost has a mindset of his own – borderline A.I. – obliterating and vaporizing firewalls and their operating systems everywhere as a nasty cyber-pandemic.

We’re dependent and even coddled by modern technology. For this reason even prolonged cut-off such as a lack of access to food, water, money - could lead to civil unrest prompting the dispatch of militarized law enforcement with authorization to apply draconian laws. Worse yet, if the situation is so overwhelming then there will be no help at all. The food, water and sanitation will be compromised. Think of the horrors New Orleans suffered. Now imagine that impacting the entire West or East coast.

Tropical storms or infectious outbreaks can be detected and identified before matters get dire. Like an earthquake, a cyber-collapse strikes without warning. And even if you had one, there’s no safe zone.

Civilization is no longer partners with technology, we’re hostage to it. This relationship is particularly acute in high density cities particularly the mega-cities defined as those urban areas with greater than 10 million inhabitants. Worldwide hundreds of millions of urban citizens are dependent on power to cook their foodstuffs in small apartments that don’t allow a large inventory of food. In fact, whether they have storage room or not, most families only have enough food for 2-3 days. For this reason there are security challenges to deliver supplies to emergency locations. Additionally banks and ATMs will run out of cash in less than 24 hours, and credit cards will be useless. This scenario is the makings of the manifestation of a genuine urban jungle.

Think of the computer Hal 9000 from the movie “2001 A Space Odyssey” (1968) meets “Fail Safe” (1964). Such programs can run amok, take control, disconnect from their scientific and military masters creating confusion, chaos and panic. Programs are so complicated and consequently lethal, security cages become nothing more than a papier-mache holding pen until these programs go feral and run amok. Our practice and policy of making things ultra dependent on these programs is a recipe for disaster regardless how many counter-systems and checks are in place because there’s always an escape hatch someplace, a vulnerability that is dismissed as unlikely to occur. Complete containment is an illusion and it’s inevitable that new technology will wreck unspeakable havoc at some time in the future like all every cutting-edge technology before it.

Because of the quantum leap in technological advances, we can now redefine the Stone Age as the 1980s which means the successful early adapters to a major long-term disruption will be the Boomers while the Millennials frantically readjust to life without the internet.

Posted by Atthehighestelevels at 8:55 AM