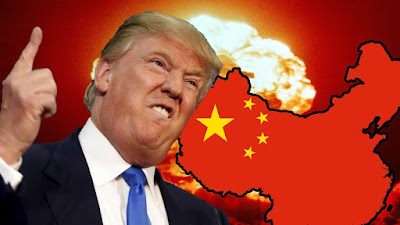 There’s a tremendous irony in Trump’s infamous phone call to Taiwan’s president Tsai Ing-wen as a diplomatic taboo. Unlike stateside, Trump reached “across party lines” to chat with a democratically elected president vs. the communist People’s Republic of China (PRC). In other words he would rather talk to Taiwan rather than the Democratic Party whom he’s barely on speaking terms.

Politically as president-elect, that fog-like gray political zone, this was a brilliant gambit to gauge China’s reaction. During the Obama administration many complained about the standoffish US overseas policy. Well, be careful what you wish for because Trump is providing what Americans demanded.

As succinctly stated by three-time ambassador including ambassador to China (1991-1995) J. Stapleton Roy as a guest panelist on December 1, 2016 at the U.S.-China Forum at NYU Law School, “China has a highly experienced international corps that is totally unprepared to deal with a highly inexperienced new US government.”

Nations will throw a hissy-fit about his lack of charm and uncouth behavior yet Trump speaks to them how everyone thinks in high-level diplomatic circles and probably in private talks yet they never publicly admit it which follows the protocol, “What happens in the palace stays in the palace”. Instead Trump rips off the mask, the façade.

More frightening to our allies and enemies alike is that if Americans can’t figure out Donald Trump, can you imagine how they feel? With a new administration of political outsiders, everyone everywhere must be wondering, as infamously repeated in the classic movie Butch Cassidy and the Sundance Kid (1969), “Who are those guys?”

It’s like being in a political cloud. When there’s no reference point it’s difficult to move anywhere. And that’s why Putin likes him so much because in many ways they’re kindred socio-political spirits, cut from the same cloth.

Commonalities:
1.    They are blunt speakers, crassness and coarse language
2.    They are more popular with working class in rural areas than among highly educated urbanites.
3.    They both have ultra-rich supporters. Trump has billionaires. Putin has oligarchs.

They speak the same language means it will be easier to come to, if not an agreement, certainly an understanding. Such a relationship may buy time to resolve crises because they personally have much more in common personally and politically than would a Hillary Clinton presidency. This potentially new relationship frightens China because it offsets Russia’s move for closer political and economic ties with China during the Obama administration.

However in the long-run there is no such thing as a genuine brotherhood among rightwing leaders at this level because there’s not enough room for all these egos. These are nothing more than short-term, self-serving agreements. Each strongman admires the other as to how they came to power and how they lead but their indelible mindset is that you’re either for them or against them. They reward loyalty, punish enemies and marginalize non-supporters. They depend more on someone’s word than formal agreements which are open to interpretation anyway.

Yet real politik is considerably different. These are strong men with strong wills and they are loath to be second fiddle which is why compromise without losing face will be more challenging for them during a deep crisis, especially a potentially long-term one. Because they are more prone to push buttons than to push talking points, this could be a tumultuous historical period.

Posted by Atthehighestelevels at 10:00 AM