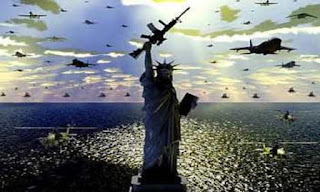 Trump’s appointment of a coterie of former and current military generals to key high-level government posts is unnerving and quite ironic from a man who aggressively avoided being drafted in the Vietnam War. Now he needs their services. It’s not so much about defending America’s core interests overseas which is a necessity for this empire, rather it’s the almost exclusive appointment of generals that give the frightening perception that America could be not only more aggressive overseas but domestically as well. It’s the latter that is most worrisome as a threat to our freedoms.

It’s an open secret that significant economic structural flaws worldwide exists. We barely escaped an economic meltdown in 2008, however because no genuine changes to fix the system were undertaken combined with an exploding global debt crisis, we’re heading for an inevitable train wreck. According to Trump, he has good instincts and his instincts probably tell him that this train wreck will happen on his watch which is why he needs as much “crowd control” protection as possible.

Despite their personality differences, generals are trained in the same culture and speak the same language which means there’s less ambiguity on objectives just differences on tactics. The militarization of the government is almost complete as the newly appointed generals now command an experienced and militarized law enforcement. Trump can ill afford a usually diverse civilian cabinet who may demure in times of crisis. 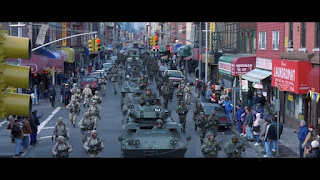 The key question is how his team will react to stem a severe economic crisis and/or terrorist attacks. With respect to the former, each recession over the past 20 years has been progressively worse than the previous one, with the 2008 one “arrested” at the precipice of a bottomless black hole. More importantly is how he will manage messy aftermath – not economically but on the streets. Like a meteorological disaster, the initial destruction is terrible but the looting is often just as deadly.

With respect to the latter, with a militarized government will he unhesitatingly declare martial law and either suspend or even crush civil liberties? Would this provoke nationwide riots that would make the 1968 anti-war and civil rights riots look like a family picnic? And would they dramatically increased government surveillance powers? With such advanced technology even the business sector knows you better than you know yourself. 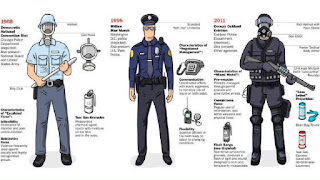 Already cities are declaring themselves “sanctuaries” for the undocumented population which could be expanded to include law-abiding people protesting government policies. To what extent will the government “squeeze” the states to comply to arrest these individuals if the state refuses?

There’s insidious legal language buried in the Homeland Security law that gives government far-reaching powers during a crisis. The issue is what and who defines a crisis? Could this be used as a pretext for a soft coup for indefinite government lockdown on freedoms? For this reason this is why you have to question why so many generals, who aren’t from the Colin Powell mold, have been appointed to high-level cabinet posts.

This pre-positioning of particular military personnel in high-level cabinet posts is a frightening parallel to the playbook chapters of autocrats Russia’s Putin, Turkey’s Erdogan and China’s Xi who all have successfully legally silenced their critics. How America responds during the next crisis will determine which direction our democracy is headed and what form will it take.


For additional perspectives on Trump's stunning ascendancy including a series of published articles dating back to 2015 projecting his victory well before his GOP nomination, refer to our special website link The Men in the Trump Tower.

Posted by Atthehighestelevels at 9:58 AM