The International Olympic Committee's (IOC)  decision to ban Russia from the 2018 Winter Olympics is a fortuitous opportunity for Putin because it can enhance his domestic status on several powerful emotional levels. Supporting this perspective was the lack of caustic and bombastic vitriol from Putin with respect to the decision and his tactic to take the “high road” in encouraging individual Russian athletes to participate. 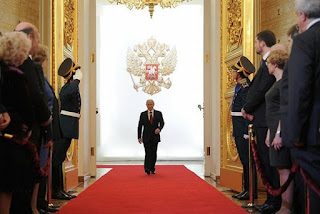 For Putin the IOC decision whether negative or positive was a win-win. With respect to the IOC ban, Russia’s propaganda machine can now craft a public relations campaign as follows:

Western economic sanctions targeting large business and specific oligarchs have not been as effective as anticipated. The IOC ban represents a cultural sanction against the Russian people by denying them the opportunity to revel in their country’s participation.

Additionally this is why the timing Putin’s announcement that he was running for re-election came almost immediately after the IOC ban, an announcement made from a tractor factory, operated by the “salt of the earth” Russian worker.

Putin’s March 2018 victory in the presidential elections is certainly assured. Despite high approval ratings, Putin needs an overwhelming victory, specifically a high turnout to cement his mandates and possibly legacy. Because there are no strong opposition candidates, he risks a low turnout which would undermine his power with the people.

This is why the IOC ban provides the perfect opposing candidate – a foreign entity that threatens Russian culture and dignity that can inspire the Russian people to re-elect Putin as their savior who will continue to protect them from economic, military and cultural encirclement.

Although the IOC will permit individual Russian athletes from participating, historically in Russian culture the athlete is inextricably tied to and indistinguishable to the Russian Motherland. Under the IOC ban the playing of the Russian national anthem and showing of the Russian flag would not be permitted, essentially a visual and aural denial of the Russian people. This represents an attempt to debase, fracture and break Russian cultural identity creating cultural orphans respected as athletes for their achievements but without formal recognition of their homeland.

This IOC bans is the perfect scenario that supports and justifies Putin’s continued efforts at promoting cultural and ethnic pride resurgence in selectively choosing Russian/Soviet past glories.

Unlike professional athletes Russians playing elsewhere is strictly a business arrangement. Despite pro- athletes participating in the Olympic games, they represent their country directly through their uniforms, not a business entity.

Copyright Indo-Brazilian Associates LLC 2017.  All rights reserved.
Indo-Brazilian Associates LLC is a NYC-based global advisory service and think tank with connections at the highest levels specializing in international investment, political and security risk assessments. International business is increasingly complex featuring a highly mobile professional class in all corners of the globe. We provide you the tools to successfully negotiate cross-culturally in your global business endeavors. Tell us about your challenges.
We provide executive coaching, speaking engagements, speechwriting and workshops. Contact us at www.indobrazilian.com

My international media profile includes TV and podcast appearances as a guest expert panelist plus published articles on geopolitical risk and global investment opportunities can be accessed through Seeking Alpha.

Posted by Atthehighestelevels at 6:57 PM No comments: 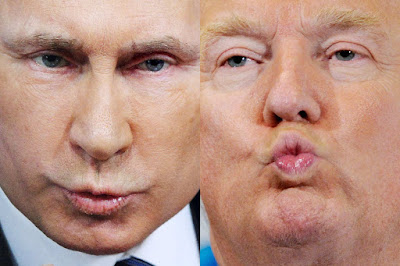 President-elect Donald Trump is at the cusp of assuming command of the greatest empire in human history, uncomfortable as that might sound for Americans whether it is the “Trump” or “empire” component – or both. Regardless, like a world champion team in sports the USA as # 1 will forever be a target by allies and enemies alike with respect to influence and envy in general.

The media often portrays that Trump has kindred political ‘friends’ such as Russia’s Putin, other ultra-conservative leaders, autocrats and those waiting in the wings specifically the upcoming national elections in France and Germany. The illusion is that it’s a clubby cabal of co-conspiratorial right-wingers whose personal and political commonalities are strongly intertwined.

The global realpolitik is that the world stage is, and always has been, a verifiable merciless and ruthless jungle with short, fragile alliances for the purpose of achieving self-serving, short-term objectives. The open dirty secret is that no one really wants a lasting and enduring agreement because then they’re politically “locked in” so they need an exit strategy which goes by the name “loopholes”. It’s the de rigueur face-saving diplomatic linguistic mechanism to legally disengage gracefully.

Maintaining power always supersedes maintaining peace and prosperity. Stability is boring and more importantly unprofitable which is why volatility is – for lack of a better word – good for business. If the level of volatility remains within manageable margins it is controllable to the extent that a leader can resolve the crisis and be considered a savior. The media sometimes is an accomplice by overstating a crisis which makes the recovery even more spectacular in favor of those in power.

Trump’s “bromance” with Putin will be short-lived because they are ultra strong-willed individuals with fragile egos, each still desperately seeking respect and approval. It matches the concept in the movie “The Matrix Reloaded” (2003) when Neo asked the Oracle, “What does the Merovingian want?” to which she responded, “Like all men with power. More power.”

Additionally the US and Russia are historically, politically and culturally vastly different entities and for this reason are incompatible for enduring medium or long-term agreements outside of Europe and Cuba.

And because of Trump’s unpredictable and contradictory personality, Putin will find dealing with him maddening and secretly wish that Hillary Clinton won the election. Though she’s despised, she would have been a level-headed professional and more predictable leader with whom he could have dealt more successfully.

Trump will learn the price of “leveling up” in a political arena which is alien to him where competing world interests threaten America’s core interests. We shall see to the extent whether ultra-conservative leaders with huge egos can be flexible enough not to provoke a crisis that no one can control.

Posted by Atthehighestelevels at 5:42 PM No comments: