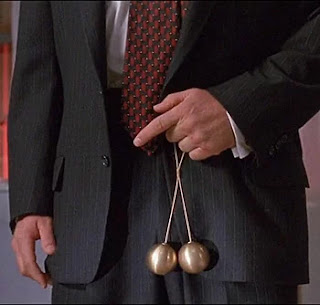 According to numerous news reports, President Trump was provided several options by the intelligence community with respect to potential action(s) against commander General Soleimani, head of the Islamic Revolutionary Guard Corps (IRGC). Supposedly the US president is given an extreme option so as to make the other options more operationally reasonable and politically palatable. However this time around Trump selected [allegedly] the most extreme.

Despite one’ s opinion about Trump, I believe he reviewed the US intel and made the most logical and plausible decision because this was an outrageously exceptional opportunity that was unavailable to previous administrations and may never occur again.

Moments before the drone attack General Soleimani was riding in a convoy with Iraqi Abu Mahdi al-Muhandis, deputy head of the pro-Iranian Shiite group Popular Mobilization Unit (PMU). The PMU has been modeled closely after the IRGC and reportedly has 100,00 men under arms and 200,000 in reserve. He also heads his own personal militia called Kataib Hezbollah (KH) responsible for the export of weapons and men throughout the region.

The question begs: what is an Iranian general doing in Iraq riding along with the deputy head of the PMU? The so-called “optics” aren’t encouraging. It recalls the infamous question Captain Kirk in Star Trek asks an image who considers himself God, “Why does God need a spaceship?”

Statements from around the world claim that Trump’s kill decision will escalate tensions throughout the Middle East. However tensions were already escalating and poised to do so rather rapidly in the near future. With Iran’s increasingly aggressive movements in Iraq including possible “embassy hostage taking part 2” these tensions would eventually reach a point of no return which would be far most costly, especially in American lives. For years Iranian IEDs have killed and maimed thousands of Americans. As Walter Matthau as Pentagon advisor, Professor Groeteschele, in an infamous scene in the movie Fail Safe proposed, a first strike alternative is the best move, better sooner than later and cut multiple heads from the hydra dragon.

It was 1 AM near the Baghdad Airport and no other vehicles near the convoy. Soleimani’s ego and arrogance got the best of him by assuming the US would do nothing. In other words they were isolated for that brief window of time. US intel at its finest.

Both were hands-on who worked extraordinarily closely with a tight relationship in a region where strong relationships are the difference between life and death. Literally. Replacing their experience and skill sets is almost impossible.

Politically from afar it seems as if Trump made a boneheaded decision by selecting the extreme choice. I believe that the extreme was not the choice, rather the international political fallout. A bad choice would have been to do nothing and face more severe consequences in the future. Imagine if it was discovered in the future that the US had the chance to prevent an attack and instead decided not to. Politically, since “the buck stops here” Trump is the so-called fall guy while US intel appears as a voice of restraint and reason when in fact I believe it was a neat collaboration.

No government could possibly admit that a kill order was a logical possibility, merely an extreme one. For this reason US intel and military were, as the saying goes in Casablanca, “Shocked, shocked” that Trump selected the kill option.

Since his inauguration Trump has fervently tried to extract the US from the Middle East. If this action expedites the US withdrawal or additional reduction in military personnel, it could work. Shortly after the killings the Iraqi parliament passed a non-binding resolution requesting the expulsion of all foreign forces. On one hand this provides the US administration an “invitation” to leave. Because a resolution, unlike a law, is non-binding, politically it’s a face-saving way for the Iraqi government to request foreign military departures but secretly (and needs) their military presence.

On the other hand, the Iraqi government can then pass this resolution into law requiring the departure of foreign forces.  Should this occur with almost no coalition forces in Iraq, potential US casualties specifically in Iraq will drop precipitously.

Even though Iran has been degraded economically through sanctions and militarily through leadership losses, they are compelled to “save face” and strike somewhere but this price may be far less than if the kill order was not given.


Posted by Atthehighestelevels at 6:41 PM No comments: 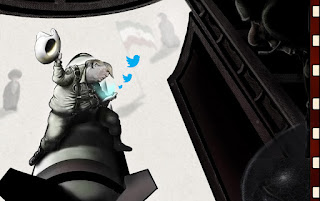 It appears “art imitates life” as President Trump has enthusiastically embraced the role of Jack D Ripper brilliantly by Sterling Hayden in the iconic movie Dr. Strangelove. The ultra-nationalist and fervent anti-communist General Ripper illegally and unilaterally issues a special “go” code that sends US nuclear armed bombers to attack the USSR in the hopes that the US government will have no choice but to follow suit with additional support bombers to smash communism and “protect our way of life.”

Like General Jack D. Ripper, Trump’s deliberate order to kill a high-ranking government official he has placed the US in an “all in, all or nothing at all” position that is designed to provoke a violent Iranian response. Of course actions on both sides will escalate. How they will play out is conjecture however any diplomatic resolutions will be all but impossible for the Iranians to agree to based on the Trump’s administration’s hyper-aggressive actions that began with withdrawal of the Joint Plan of Action (JPOA) agreement (the Iranian nuclear arms deal) to which Iran was abiding to draconian economic sanctions.

Ironically Iran’s response may be delayed for one simple reason: profound psychological shock. The Trump administrations has worked diligently to avoid military conflict or direct action that included the last minute cancellation of a drone attack on Iranian assets last summer. The deliberate targeting and killing of a top general was considered unfathomable which meant the sudden action shocked the world.

The Middle East situation with Iran becomes murkier and even more complicated including domestic risks without General Soleimani for several reasons:

New Leader, New Profile
Intelligence services had a tome-thick operational and psychological profile of the general and his relationships with his associates and contacts on which to successfully monitor, predict and possibly prevent terrorist activities. Intelligence services now have nothing more than a pamphlet-thin profile on his replacement deputy commander Brigadier General Esmail Ghaani. This one of many reasons previous US administrations, despite ample opportunity to eliminate him, decided that the blowback of killing a sovereign government official was not worth the risk.

Though Iranian policies will be carried out under General Ghaani, the relationships with forces under him are not as developed and their ability to be as operationally efficient as under Soleimani. In this part of the world relationships are everything which is the crux of Iran’s ability to project its power through its proxies throughout the Middle East. Deep relationships and trust are impossible to replace immediately with a new figure who has the political and revolutionary fervor but not the operational “chops” required.

Terrorist Proxies and Domestic Lone Wolves
Not only will the US have a problem Iran’s retaliation against expected targets but it has probably already inspired anti-US (not necessarily pro-Iranian) international and domestic groups, specifically lone wolves without any direct instruction from a group.

Historic Date for Iranian Retaliations
A frightening possibility is the use of one date - January 20 which is the month & day in 1981 that the 444 US embassy hostages were freed - that could be selected by Iran for some sort of retaliatory attack.

Iran’s menu of retaliatory responses will take asymmetrical warfare to a new level:

·         Inspiring their proxies to intensify their attacks on military and civilian targets globally.
·         Cyber-attacks on any number of targets globally.
·         Drone and missile attacks on Saudi and other oilfields in the region. Patriot missiles need to be heavily concentrated at a specific oil facility to provide good protection. However if a preponderance of missiles and drones are launched then it will overwhelm the Patriot system. Additionally there are many petro-targets throughout the region without such defenses which are extraordinarily expensive to purchase and maintain.

Of course one must conspiratorially consider the unusual timing of the killing. A robust stock economy, blistering market and a highly divided Democratic Party with respect to promoting a specific presidential candidate for the 2020 presidential election already give the administration electoral leverage. However with the impeachment process gaining steam, this looming and long-term crisis automatically throws a monkey-wrench in this political process. 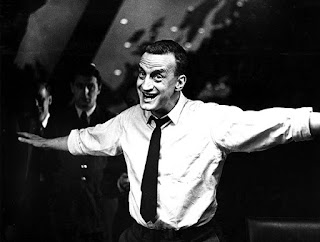 With respect to a US response against an Iranian retaliatory attack, hopefully it never reaches the point in which the powers at the highest levels ask someone like General “Buck” Turgidson played by George C. Scott to provide his expert assessment on a successful bombing run on Iran.

What we may never know is the internal Iranian power struggles behind the scenes. One possible scenario is as follows:

As happens throughout history regardless of the political system, when a charismatic military leader gains too much power militarily and politically, his influence and actions result in the “tail that wags the dog.” He proactively initiates even dictates his own policies that the governmental political body tacitly (yet unofficially) approves.

On the other hand some high-level government officials may have realized too late of Soleimani’s outsized power endangered Iran’s positions particularly against the draconian sanctions that have placed enormous economic pressure and provoked social unrest but he held too much political influence, allies and power to challenge him.

[No copyright infringement is intended with respect to the cartoon of Trump riding the bomb which appeared 18 September 2019 edition of The Independent and submitted by Sean Delonas].


Posted by Atthehighestelevels at 6:28 PM No comments: