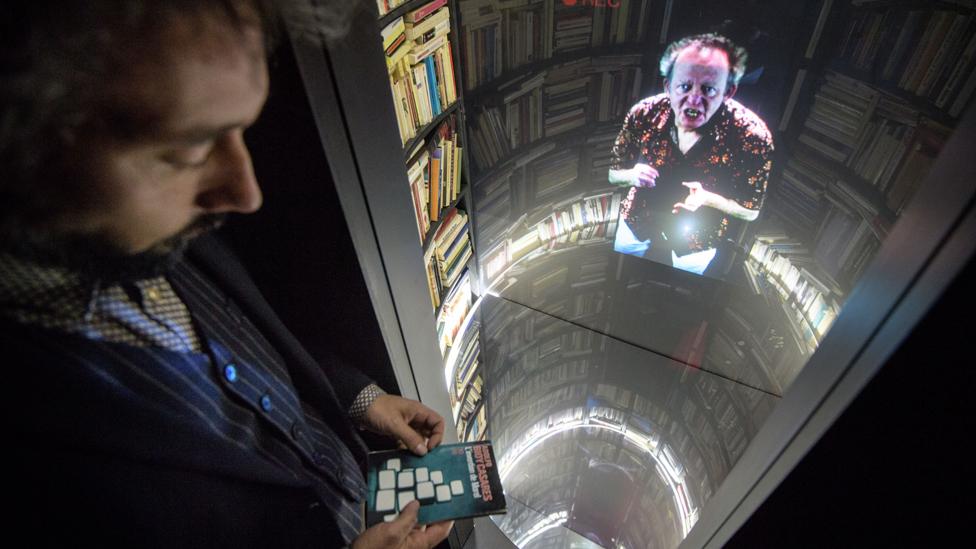 After a severe pummeling, post-Covid 19 US industries will recover cautiously in ‘safe mode’ and begin retooling their business model. The emerging industry titans will be in biotech, telecommunications, health care supply and security who are risk-takers with vision and a strong corporate will to carry it out. Game changing technology in teleconferencing such as holograms will change business culture.

Please access the particulars are discussed in detail in the article USA: A Brutal Post-Coronavirus Economic Reset.


Posted by Atthehighestelevels at 4:49 PM No comments:

The Russo-Saudi Powerplay Against US Shale Oil 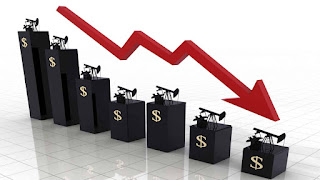 The Saudis and Russians have strong incentives to “neutralize” US shale oil dominance.
The Saudis can stymie US shale oil production by flooding the market with additional output and pushing oil prices far below the breakeven point for US shale oil firms already under financial stress.
With no production quota agreement OPEC exists as a legal entity, not a functioning cartel, which now compels its members to increase production to maintain revenue and market share.
In a classic case of misdirection with respect to a Saudi-Russian rivalry, I believe that the Saudis and Russians are coordinating a two-pronged effort to undermine the US shale oil industry.

Indo-Brazilian Associates LLC provides the particulars on this disturbing and possible dire trend on the following link:
https://seekingalpha.com/article/4332047-russo-saudi-powerplay-against-u-s-shale-oil

President Xi’s Leadership at Risk and His Socio-Economic Conundrum

Now that the unthinkable has occurred, any subsequent event emerging from this pandemic is plausible making an economic recovery exceptionally difficult

If someone in late October 2019 told you that a potent new virus would emerge in China and spread so rapidly that the government would physically lockdown a country of 1.4 billion inhabitants, you would claim it’s a script from some upcoming dystopian sci-fi movie. Now that the unthinkable has occurred, any subsequent event emerging from this pandemic is plausible such as a leadership change in China.

China is an increasing risk for businesses and investors as Covid-19 inexorably adversely impacts China’s economy by limiting a manufacturing restart and strangling the supply chain to which the global economy is highly dependent.

As the supply chains come under pressure to reestablish themselves, so does the political food chain which Xi is the apex leader on which he and his inner circle are becoming increasingly vulnerable to a palace coup if China enters into a recession.

In an article in The NY Times article entitled 2019 Is A Sensitive Year for China, Xi is Nervous, on 25 February 2019 – just over a year to the day - reported that President Xi openly warned of black swans and gray rhinos. Well, the black swan has arrived in the form of Covid-19. Because of Xi’s public relations mismanagement with ever changing, hard-to-believe fairy tale narratives with respect to Covid-19’s progression, a societal strain of anger has affected far more Chinese citizens than the virus itself and has unleashed itself directly and openly through social media at “the highest levels” - Xi himself. With the recent constitutional removal of term limits Xi has made himself politically immortal making it almost impossible to blame others.

With respect to cooperation and transparency with foreign governments in this crisis, Xi followed the 2002-2003 SARS playbook in combating Covid-19 instead of the one for the Manchurian Plague of 1910-1911 using 20th century tactics to battle a 21st century crisis. In an eerie parallel the Manchurian Plague was a virus transmitted from marmots [large squirrels] to humans. As articulated in The Diplomat, What History Teaches Us About the Coronavirus, 12 February 2020, the Qing government appointed a Chinese doctor, Dr. Wuh Lien-teh to resolve the epidemic.

He and his colleagues collaborated and were transparent with foreign governments (against the Qing policy but without punishment) and applied quarantine and isolation methods, the wearing of masks by medical personnel and the construction of a special care hospital. This relationship enabled them to stop the epidemic and establish the foundation with foreign governments to contain subsequent epidemics during the 1920s.

Since his ascension to the presidency in 2012, Xi has aggressively promoted the concept of a government as all knowing, all powerful while demanding absolute and unquestioned loyalty and in return they’ll protect the people.

For 30 years Chinese citizens have enjoyed a particular “way of life” with minimal hardship in a growing and robust economy. In turn the government’s sometimes heavy-handed surveillance policies & tactics and human rights abuses against political undesirables are tolerated because everyone was making money, a convenient capitalistic economic system within a politically autocratic one.

I quote from the exceptionally prescient article The Dictator’s Last Stand: Why the New Autocrats Are Weaker Than They Look in Foreign Affairs magazine, September/October 219 issue, “Xi has chosen to govern China as a crisis manager.” Additionally The New York Times article China’s Propaganda Machine Loses Credibility in Outbreak, 26 February 2020 describes leaders like Xi as follows, “The legitimacy of populist dictators depends on their ability to maintain the illusion that they speak for the people.”

The populist mask has fallen because Communism’s explicit edict to protect the people has been exposed as a myth and underscored the reality of “every man for himself”.

As articulated in The NY Times article 18 February 2020, China Blocks Alley in Virus Fight: Its Own People local grass-roots groups (civic associations [business groups], nonprofit organizations, charities and churches) have been discouraged by the government from organizing for the purposes of assisting their local communities with medical assistance and supplies that the government can’t fulfill.

The government’s failure to loosen social and political constraints to combat the epidemic has ignited scathing anger. It’s a low simmer but has the potential to boil over if certain ingredients are added. China’s prolonged quarantine is turning into a societal pressure cooker as Xi and the Communist Party have lost the meaning of genuine collectivity.

Xi has openly worried about China collapsing like the Soviet Union and has done much to prevent such an event. As quoted in the article Party Man: Xi Jinping’s Quest to Dominate China in Foreign Affairs magazine, September/October 2019 issue, ““But Xi took his greatest warning from the fall of the Soviet Union and was horrified at how the Soviet Communist Party had evaporated almost overnight.”

Economic progress and rise in living standards can bring a country just so far. A black swan like Covid-19 can rapidly wipe out those gains and it falls upon government credibility with the citizenry to combat it. According to the Wall Street Journal article published 4 March 2020, China’s Workers Suffer Layoffs, Slashed Pay and Shutdowns, as Coronavirus Batters Businesses, Chinese businesses are suffering with layoffs and furloughing of staff. The article states that China’s urban unemployment is now 5.2% up from 4.8% in January 2018 to which many feel those statistics are understated and that should the epidemic continue, a total loss of 5 million jobs is possible.

The silent invisible elephant in the room is the growing possibility of civil unrest, perhaps not the spectacular ones in Hong Kong throughout last summer and fall rather a low-simmer of defiance. Because of the extreme nature of the crisis, this possibility is closer to reality than anyone cares to admit. There have been increasing challenges by the public against law enforcement article Reports of Society-Police Conflicts in China, as published in The National Bureau of Asian Research, 25 November 2019, a growing trend before the coronavirus outbreak.

It would not be too far-fetched to believe a “We are all Dr. Li Wenliang” movement, the ophthalmologist, the hero, the martyr who reported on the emergence of a deadly new virus and subsequently died from it on 7 February 2020. The nationwide outrage was palpable with seething comments on open social media a place few Chinese dare post their genuine thoughts on government policies.

Additionally the advanced surveillance technology gives Xi a false sense of security because an invasive security apparatus tends to be reactive rather than proactive. A leaderless groundswell of defiance and protests perhaps taught by the “infiltrators” of the Hong Kong protests or those mainlanders living in Hong Kong who witnessed and even marched alongside Hong Kongers – far more than is acknowledged.

How does any government regardless of political practices keep half or more of their population under lockdown and limited movement – 1.4 billion – without serious consequences? Just as importantly, how willing and prepared is the Chinese government if social unrest should develop? The triggers is often an innocuous event like the Arab spring when a Tunisian vegetable vendor set himself on fire. What threshold will be crossed to trigger such an event?

The chart below shows China’s 11 megacities which are defined as urban areas with a population of 10 million or more as provided by China’s Top Megacities, CNN Business Traveler, 5 March 2019. The Hong Kong protests last year may be mere trailers of what could occur 11 times over in mainland China.

President Xi has many enemies hiding in the shadows notably the wealthy families whose members during his anti-corruption campaign and technocrats who have been politically marginalized. There are elements in government who are both pro-China but are far more willing to work with Western countries who seek greater integration, cooperation, collaboration and transparency with strong sovereignty (aka normal engagement).

Historically autocracies always tighten their grip by escalating violent tactics to control. Yet this very tactic accelerates chaos and fracturing of the structure meant to control the citizenry. With respect to Xi despite his efforts to maintain his lofty leadership position, he may be that man who, as quoted by French poet Jean de la Fontaine, “meets his destiny on the road that he took to avoid it.”

Should there be a successful change in leadership the Communist Party will continue to rule China however as a different version, perhaps like a Sino perestroika; somewhat more open and with less fear of punishment.

China’s reign as the world’s manufacturing juggernaut will be greatly diminished as firms will seek alternative supply sources. This trend means less jobs and higher unemployment for Chinese workers as discussed earlier in this article. This could provoke a recession for which central bankers have limited tools.

The development and distribution of a vaccine can mitigate such losses. But according to Dr. Irwin Redlener, Professor of Health Policy and Management and Pediatrics at the Columbia University Medical Center and Director of the National Center for Disaster Preparedness at the Earth Institute, in the 29 February 2020 podcast entitled Understanding the Coronavirus sponsored by Columbia University, Center on Energy Policy, a successful vaccine will not be available for at least 18 months (minute 20-21 of the podcast).

Although not discussed in the podcast, I believe that if there are mutation(s) then different vaccine(s) must be developed, manufactured and delivered. Complicating matters is that each person receiving the vaccine must be tested to ensure that the correct one is administered by already over-worked and understaffed medical professionals.

The additional of potential political risk and uncertainty in China has fueled the urgency for businesses to aggressively seek alternate supply sources outside of China and/or sources that are not dependent on China. Business will initially suffer greatly diminished production and sales but yet enough to generate acceptable income. Because of the increased cost of supply diversification, there’s the inevitable decision with respect to priority: price increases vs market share.

For this reason investors should consider continued short plays in specific sectors and/or a broad-based approach such as the China economic & investment index (MSCI China Index).


Posted by Atthehighestelevels at 1:18 PM No comments: