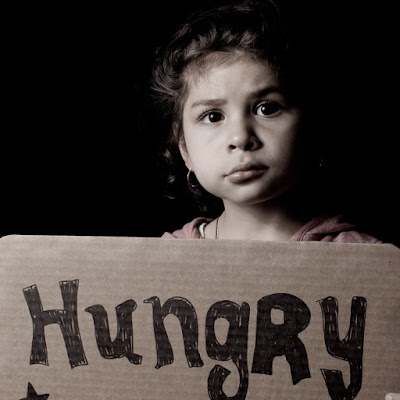 The $213 billion meat & poultry industry that includes such corporate titans as Tyson Foods, Inc., Smithfield Foods, Inc., Cargill, Inc., JBS USA and Hormel Foods Corp. have already closed 12 US plants and are operating at far less than capacity at many others because of worker contracted Covid-19 virus. According to the Wall Street Journal article 23 April 2020 Grocers Hunt for Meat as Coronavirus Hobbles Beef and Pork Plants, production is down 24% for beef, 20% for pork and 10% for poultry. The shutdowns by these large food companies is an ominous sign that genuine food storages are arriving sooner than you can imagine.

Furthermore farmers have been reluctantly dumping up to the equivalent of 5% of the US annual milk production and reluctantly destroying and burying crops because of the logistical and market disconnect of supplying the consumer market directly.

Moving down the proverbial food chain, as outlined in the MSN article 28 April 2020 Food Banks Are Closing And Losing Their Work Force, the nation’s food banks are closing because of several reasons:

A superb analogy to this rapidly growing food crisis is a scene from the movie Apollo 13 entitled Square Peg in a Round Hole, in which the astronauts of the crippled spacecraft have plenty of total oxygen but need to transfer from one unit into another where they reside. However the two different units have incompatible oxygen systems. For this reason the NASA engineers are then tasked with creating a system so that the oxygen can flow from one unit to another with the limited parts available aboard to spacecraft and communicate those instructions to the astronauts verbally.

The present-day plentiful foodstuff inventory already in supermarkets and enroute will diminish rapidly in the next 2-3 weeks. This will initially result in a price spike for food followed soon after by actual shortages.

The civil unrest problems will emerge in the gap between the price spike and the diminishing inventories because psychologically through many generations Americans are accustomed to seeing aisle upon aisle of shelves bulging with diverse food choices. Suddenly there will be either few choices or none at all regardless how much money the consumer has. Frustration will turn to anger as the warmer weather provokes short tempers. 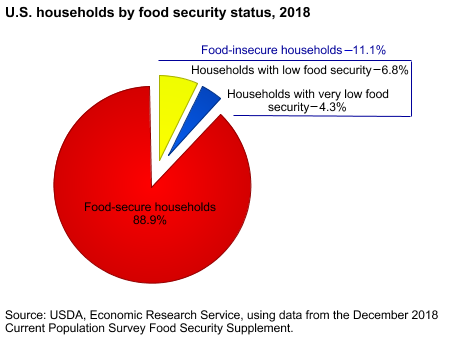 The next chart developed by the Urban Institute and presented by Statista, an online German statistical service, provides greater depth and “texture” to those Americans who are food insecure. 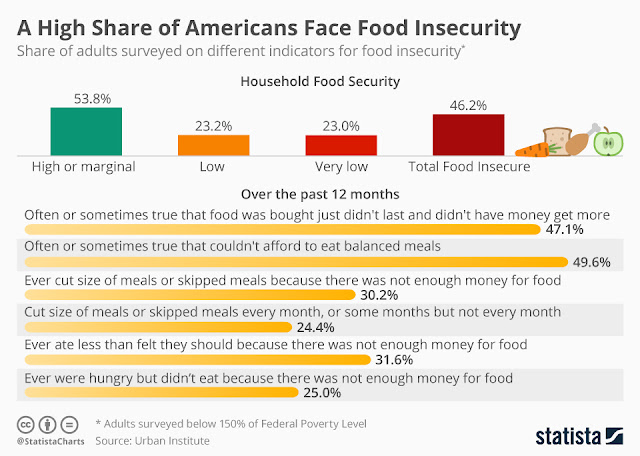 Adding to the aforementioned disturbing statistics is that over 70% of Americans have less than $1,000 saved for emergencies. Below are the pre-pandemic 2016 figures (provided by Statista) which are certainly far worse present-day with the growing mass unemployment:

A second wave of panic buying will occur if there’s a resurgence of the virus after easing restrictions and/or food shortages manifest which would “vaporize” the remaining inventory. Once there’s an initial attack or looting of a store whether it be a humble bodega or corporate supermarket, the domino effect takes effect everywhere serving as an “inspiration” to other food insecure, struggling citizens. Such incidents would be a serious blow to the cautious and tepid economic reopening and recovery.

Posted by Atthehighestelevels at 6:13 PM