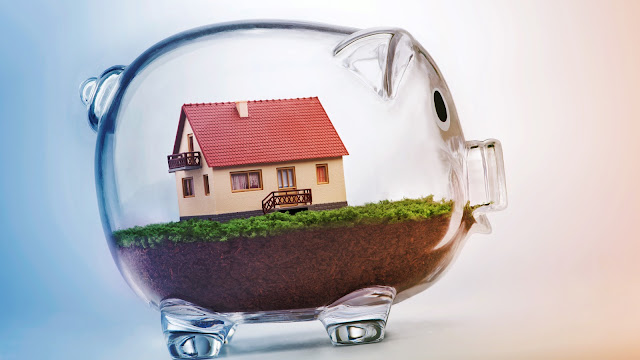 After months of lockdowns the easing of restrictions has begun allowing greater freedom of movement. However the economic destruction wrought by the Covid-19 pandemic will be long lasting regardless of how high the stock market may soar. Companies are cautiously looking to reopen on a highly limited basis and will justifiably under-hire furloughed employees because there’s an initial tepid demand for goods & services that are non-essential.

It’s widely reported and documented that food banks are becoming overwhelmed not just by those on the lower socio-economic rungs rather by multi-generational, middle class families who have depleted their savings because of unemployment and limited unemployment insurance.

A Profile of the Wealthy

The May 2020 Wealthy-X report provides a basic overview of the wealthy and the various categories of wealth.

In their report from 2005-2019, the number of individuals with a net worth of at least $1 million has doubled from about 13 million to 25 million.

With respect to professions, banking & finance lead the way with 22.6% and businesses & consumer services are second at 16.3%. Interestingly those in the real estate field compose only 5.4% of the wealthy.

“The Rich Are Different From You and Me”

As quoted from F. Scott Fitzgerald, author of The Great Gatsby, the 21st century wealthy are far more numerous because they can use financial leveraging by taking Lombard loans which use equities in their own firms as collateral. As the stock market soared to Icarus-like heights during the 2010s so had their net worth. Although their net worth is impressive, many of the wealthy who utilized this financial arrangement were technically cash poor.

When the markets plummeted in March the banks called in those Lombard loans and requested additional monies to cover those exposed positions, the wealthy had to liquidate whatever they could, from equities to cash, “everything but the house”, which exacerbated the market selloff.

A highly publicized example is Elon Musk of Tesla who readily admitted that he’s cash poor because most of his wealth is in his company’s equity half of which is collateral for personal loans.

For this reason a surprising number of the cash-poor wealthy is on the cusp in joining their non-wealthy socio-economic classes - the merely middle class who are facing survival level vulnerabilities.

Many are still wealthy on paper but they’re cash poor and stuck with high overhead and illiquid assets such as multiple residences, high-end cars, boats, airplanes, art and exotic financial instruments such as derivatives.

Because of their financial over-reach, opulent lifestyle and expenditures more wealthy families than you can imagine can only hold out for the short-term before declaring bankruptcy. Vaccine or not the global economic recovery will fail to support their over-the-top lifestyle.

For this reason the best option is downscale and downsizing through the aggressive selling of assets which they’ll get pennies to the dollar. Even as early as early April purchases of luxury residences stalled as articulated in the Financial Times article New York Luxury Towers Quake As Coronavirus Hits New York Property Market, 7 April 2020.

On the flip there were wealthy individuals who foresaw a market meltdown [certainly not caused by a pandemic] and were savvy enough to remain financially disciplined and  highly liquid as articulated in the Financial Times Wealth Management article, Rich People Are Hoarding Cash, and Money Managers are Frustrated, 19 September 2019.

The socio-economic tectonic plates are already in motion. The suddenness of the economic downfall has resulted in a delayed reaction to the financial destruction by many ultra and merely wealthy who might not even know their financial position. Formerly highly-rated illiquid assets are almost impossible to reassess in a vacuum where no demand exists. Some might be psychologically in denial and insist on wearing the finest Emperor’s clothes and blithely become paupers overnight, from wealthy to marginally solvent, after their accountant crunches the numbers.

There may be some near future feature articles about how a high-flying, formerly wealthy [albeit cash-poor] CEO or founder lost it all during the pandemic and economic meltdown. However in most cases the cash-poor and perhaps humbler wealthy will muddle through with a subdued lifestyle.

Elsewhere the overwhelming rest of the citizenry will experience a nightmare rollercoaster ride downhill as the economic figures appear like state-size iceberg that slices off into the ocean as follows:

For the aforementioned reasons expect a severe reduction in luxury purchases by the wealthy in every category contingent on their financial position:

Slightly Affected: The priority for these wealthy families will be the once-in-a-generation opportunistic business acquisitions rather than non-revenue generating luxuries.

Hard Hit: These wealthy families will engage in an economic survival mode in a “wait & see” mode to determine whether what revenue they’ll have near and medium term. For this reason luxury purchases will cease.

In sum the luxury market faces a new, far smaller consumer base with a vastly diminished buying power. Furthermore US shoppers of all socio-economic backgrounds during the 2010s have been de facto hoarders and are “shopped out” making it challenging for marketing departments to create a “must have” item. Keeping up with the Jones isn’t as tempting when the Jones are desperately staying financial afloat. All this bares the fact that a certain sliver of the wealthy was never wealthy at all because the genuinely wealthy are well-positioned to weather any economic storm.

Posted by Atthehighestelevels at 4:42 PM