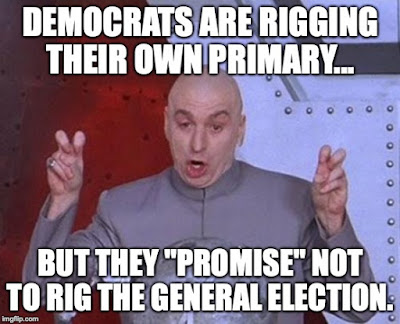 The presidential race has nothing to do with which party offers the best policies rather which has the superior wherewithal and savvy to secure the necessary votes to gain or remain in power. America deserves a far better administration than the present-day one yet the challengers are failing to decisively “frame & capture” the issues and offer substantive changes to halt and reverse the painful widening socio-economic fissures. For this reason, the following analysis focuses on the Democrats’ potential fatal presidential campaign shortcomings.

Increasingly the media blitz for the Biden-Harris tandem seems to be more smoke & mirrors illusion than substance as the Labor Day weekend approaches and the campaign home stretch begins. An unscientific and anecdotal research on social media “chatter” seems to belie the image of their popularity and support. There may be far more divisiveness amongst the Democratic voters and continued sense of hopelessness in that the candidates’ passionless messages strangely don’t seem to resonate.

Many registered Democrats have openly stated that instead of voting for the Biden-Harris ticket they will abstain from voting altogether. It’s almost as if the Democrats’ campaign carelessness is betraying the Americans they need most to win the election. Meanwhile you can be assured that the unfailingly loyal Trump camp and silent majority will “vote early and often.”

The recurring nightmarish fact is the question of how was it even possible in the early 21st century to have a 77-year old as a presidential candidate with diminishing mental acuity in a divided and explosively violent America still recovering from the troika of terror: 9/11, the Great Recession, and now a global economic meltdown and pandemic?

I wonder what possible research data led them to believe that the young voters, the younger generation, are keen on voting for someone who is their grandfather’s age and who’s “hip” enough to lead the country? Or perhaps the research indeed stressed the importance of presenting a young & dynamic candidate but the Democratic campaign brain trust decided to ignore it.

The only exception I can think of is Mick Jagger who’s same age as Biden at 77 but he’s a Brit and by birth ineligible to run for US president. Because Jagger attended the world renown London School of Economics before leaving and making a wiser decision to join the Rolling Stones, he would certainly qualify as potential (and far better) presidential candidate if he was US-born.

Elsewhere Bernie Sanders at 78 has far more energy, gumption and chutzpah – an entertainingly challenging tête-a-tête to trump’s verbal assaults - but I believe that he would still encounter the same justified age-barrier resistance with the younger voters as Biden.

The stakes are too high to have made a back-office deal in which Biden may have been put forth as a presidential candidate. The political landscape and potential presidential candidates were far different in 2008 with Barack Obama or Hilary Clinton. Obama received the nod as Hilary Clinton received the “consolation prize” being named Secretary of State when Obama won the presidency.

The Democrats’ unrelenting continual stupidity of decision-making and leadership reminds me of the disturbingly classic comments by Bruce Willis (oil drilling specialist) to Billy Bob Thornton (NASA official) in the movie Armageddon as to why NASA has zero contingency plans to destroy a killer meteor and needs to send up oil drillers instead. In the video dialogue just swap out “US government” with “Democratic Party”, and if you’re a Democrat, you can feel the visceral frustration.

Despite the present-day Democrats’ lead in the polls during the RNC the GOP’s body language screamed unshakeable confidence as if they know something no one else knows. They are not in denial. They are not arrogant. They walk & talk with a swagger and appear to be psychologically resilient almost impervious to the media’s doomsday projections of their so-called inevitable landslide defeat.

It’s one thing to lose to George W. Bush twice but yet another to lose to Trump twice. This says far more about the Democrats than the GOP, a party that was boldly and brilliantly hijacked by Trump & Co. and is now led by radical conservatives as a de facto Third Party. The GOP provided a message that resonated with enough Americans to win the 2016 election as determined by the Electoral College. In 2016 the GOP victory was like a baseball team who was badly outhit and outpitched yet still won the game on timely hitting and clutch plays. This year they intent to improve their performance with a doubleheader sweep by winning the electoral college and popular votes.

The present-day GOP can’t even claim to be an angel with a broken halo given its cabal of unabashedly unapologetic and crude rightwing characters with their dysfunctional, often discriminatory policies but it has its act together far better than the Democrats.

The Democrats will have no excuses if they lose the November election. Like the GOP, the Democrats seem to have their own echo chamber and even politically ostracize and gag the younger upstarts like The Squad – a group a dynamic young minority Congresswomen - who want to make necessary grass roots changes.

The following chart entitled The US Electoral Map provided by the Federal Election Commission and presented by Statista, an online German statistics firm, 26 August 2020, provides an overview of the Democratic/Republican wins by state during the past 10 presidential elections. With no exception the swing states will play a critical role in determining the winner.

I believe that the Democrats may have already hit the iceberg and are sinking yet they don’t know it. I won’t be surprised if by soon after the Labor Day weekend Trump comes within a hair’s breath in the polls of Biden and finally surpasses him across the board by late September.

Posted by Atthehighestelevels at 4:20 PM No comments: