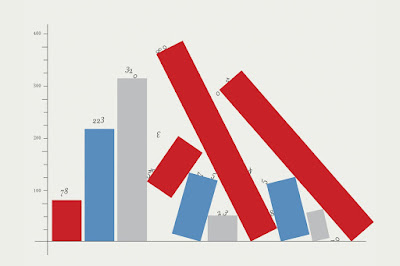 Why the GOP Isn’t Worried

From the political perspective the noticeable thing leading to and during the RNC is that the GOP doesn’t seem to be worried about Trump’s re-election chances. The body language of the GOP leadership and followership indicates that his re-election win is inevitable with the desired goal to win both the electoral and popular vote.

The unabating social protests have played into their narrative to those millions of undecided voters with the narrative that seems to say that the Democrats have denied them their constitutional freedoms with respect to “food & circus” with unnecessary and un-American draconian lockdowns, testing and security checks.

The GOP has upgraded their “burn baby, burn” rhetoric while gleefully playing the role of that proverbial kid provocateur in the playground who desperately wants to see a fight when two other kids are face-to-face on the cusp of fisticuffs. When it appears that both potential combatants have had their say and are about to disengage this now profoundly disappointed provocateur shoves one of the kids into the other sparking a fight. During and after the fight the kid provocateur gets off scot free because everyone considered the fight as inevitable even as the kids were disengaging.

Not all polls are created equal. The following chart entitled Trump vs. Biden provided by Statista, an online German statistics firm, on 27 August 2020, show polls taken in mid-August indicating, on average, that Biden has 6 point lead of Trump. The differences vary widely and because of the dates taken do not fully include results of Kamala Harris’s vice presidential nomination.

The next chart entitled Trump vs. Biden Key Demographics provided by Statista, 27 August 2020, indicate the voter breakdown by demographic, another average compilation from various polling firms, only two of which are indicated in the previous polling chart.

This raises the question as to what extent the pollsters believe their figures even after adjusting for margins of error. Certainly the predictive models are much improved since those bygone days when AI didn’t exist but a human’s uncanny ability to lie is still far ahead of any already biased AI algorithm’s ability to detect.

Oftentimes the figures can become so convoluted that the media has difficulty in parsing the relevant data and communicating it to the public in a meaningful way. The vintage SCTV comedy series captures this brilliantly in their Election Central Statistics skit.

Escaping the Urban Cauldrons of Chaos

The sudden demographic shifts as the mostly undocumented poor people of color moving to the [Democratic] sanctuary cities for political protection while the mostly Caucasian wealthy and recent middle class are moving the [Republican] sanctuary suburbs for personal protection [fearing for their lives] because of the increasing intensity & violence of protests, a deja vu “browning” of the cities during the late 1960s and 1970s.

Violent or not, any protest has the potential to explode at any moment particularly in a divisive socio-political environment with historic inequality. The following chart provided by Statista 27 August 2020 entitled Where Political Protests are Rocking The United States presents the hundreds of political protests per state in just over 60 days this summer.

The frightening reality is that the number of protests will increase exponentially as we approach the November elections with the increased probability for violence especially if the polling figures narrow between Trump and Biden.

The overwhelming majority of demographically broad-based protestors are peaceful and are advocating long overdue [aka broken promises] necessary changes for equality and to make their communities safer. However the mainstream and social media’s misleading and ceaseless bombardment of violent images is the accelerant to the false narrative that these protestors are mostly anarchists and street thugs, a de facto Fifth Column, portrayed as an existential threat to their way of life which has led to the exodus from urban areas.

Furthermore it gives the perception that the Democratic leadership – the governors and mayors – have failed to contain the chaos and are unresponsive, even negligent, to the public welfare particularly when the citizenry is incensed at paying ever higher taxes based on stagnant wages for reduction in public services.

Historically presidential incumbents are difficult to dislodge particularly during a world war – the war against Covid-19 - in which America and the world are all-in engaged. No American president has lost a re-election during times of conflict, the pandemic being no exception even though it’s being fought with a mobilized scientific arsenal instead of a mobilized military one.

Disturbingly all the aforementioned strongly suggests that there’s a mutually exclusive relationship between Trump’s egregious behavior and voter behavior making the Democrats’ efforts to unseat Trump a Herculean task.

Posted by Atthehighestelevels at 12:41 PM