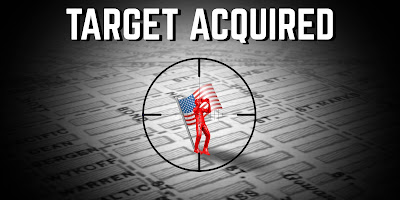 The pandemic has been a blessing to the Big Cabal consisting of Big Tech, Big Pharma, Big Business and Big Government who’ve participated in human history’s largest “catch & release” program.

Nature programs show well-intentioned animal lovers gently catching a wild animal in danger of extinction, sedating him, tagging him with an electronic device and then releasing him into the wild to study of its movements, interactions with his group, its hunting habits and its behaviors.

This same tactic has just occurred with humans but on a far larger scale. Instead of one or two wild animals, governments of every political affiliation took advantage of lockdowns, leveraged technology, and subsequently “tagged” in some form or another, most people on the planet. The final step is using the medical community as the intermediary, to administer the Covid-19 vaccine in an unprecedented bio-surveillance operation, to record and collect data using the DNA of billions of people.

One of the many buyers for this data is the insurance industry which will overhaul their actuarial tables to reflect every person’s data to deny or raise premiums according to the health risk probabilities. Because this data will be classified as “proprietary” the request for reasons for any changes in insurance costs will be legally denied.

Imagine that you and your maternal and paternal family are paragons of envious robust health but the health data reveals a family member, perhaps a 3rd cousin, who suffers from a genetic based problem. For this flimsy reason the insurance company can raised your rates. Going forward it’s worse because your offspring have been biologically tagged forever. Think of the same plot in the movie Gattaca (1997) in which genetically so-called inferior people are denied entry to many social and professional positions. This will make Nazis scientists look like rank amateurs.

Because of its value to those in power, this data stream collection is irreversible. Any changes in political party leadership globally is merely an illusion with respect to enhancing or protecting privacy laws.

The global lockdowns were a form of global kettling in which people were forced to utilize their electronic devices for work and play (socialize) to an unheard of degree, virtually 24/7. Even the digital footprints of the most diligent and paranoid internet users will look like a blimp on their radar. With bio-information facial recognition is a perk, not a necessity, in knowing who you are literally to the marrow in your bones. This means that the Big Cabal has a far wide & deeper knowledge of every citizen that was ever legally possible.

The overwhelming plethora of information through hyper-surveillance gathered during the months of [limited] lockdowns has enabled the Big Cabal to establish a reasonable behavioral baseline for every citizen. They will soon be able to more accurately establish predictive behavior to the point of, to use the old spiritual adage, “Knowing your future better than you know your past.” Now your [digital] shadow proceeds wherever you are.

Gordon Gekko brilliantly described to Bud Fox in the movie Wall Street (1987) that the markets rule, not democracy. Disturbingly not many viewers or critics argued that point because it’s an uncomfortable truth. In the 21st century, the Big Cabal has taken Gekko’s “most valuable commodity – information” to the next level.

Leadership is leadership whatever it’s political affiliation is meaningless. Data represents power and in the early 21st century this power of bio-surveillance gives those in power in private industry with the blessings of government, almost godlike control over the citizenry.

To underscore the power and criticality of data the following chart entitled Chinese Surveillance Technology Spreads Around the World provided by the Carnegie Endowment for International Peace and represented on 18 August 2020 by Statista, an online German statistical firm indicates that Chinese and American AI surveillance technology dominate the world market. Furthermore countries of all political persuasions, encompassing liberal democracies, illiberal democracies and autocratic states, are increasingly utilizing these technologies. Curiously the dominant players in this market, the US and China, are the world’s # 1 and # 2 largest economies.

With respect to the post-election economy, the historic run-up in the markets is a set up to an equally or greater historic fall. As the old Wall Street adage says, “It’s an elephant on chicken legs” – beyond sustainable in a world of unfathomable debt, mass unemployment, weak consumer demand and a globalized world where movement of goods & people are highly restricted.

The explosive growth of public-private partnerships supposedly to better facilitate improving communities through greater efficiency. But the “revolving door” has revealed a stupefying number of conflicts of interests and gross inefficiencies (theft) to the point that these mergers are viewed as nothing more than a legal cloak to increase the opaqueness of their operations and determining which party is responsible.

While the interplay between the private industry members of the Big Cabal have enjoyed enormous financial success, particularly Big Tech, the aftermath of the Big Crash will result in a New World Disorder placing most of the world’s population under the domination of a handful of powerful interests like never before.

This domination will be deeply hidden under the guise of so-called benevolent corporate masters, protected by a compliant government whose services they’ve outsourced, and a citizenry who will be treated accordingly if they follow the capriciously defined, unwritten and ever-changing laws. Furthermore the Constitution and Bill of Rights will be treated as a concept, a guide, rather than the law. The late comedian George Carlin brilliantly summed up what we have in his diatribe, monologue entitled Your Rights Are An Illusion.  It’s the ultimate in power without responsibility making it astoundingly difficult to counter.

The apex of the social pyramid will be dominated by this governmental and corporate class followed by a razor-thin middle class and just below them various gradations of borderline poverty. To placate the new burgeoning masses just enough “food & circus” will be provided to blunt societal blowback.

Posted by Atthehighestelevels at 1:23 PM