The Upcoming Phases of Turmoil 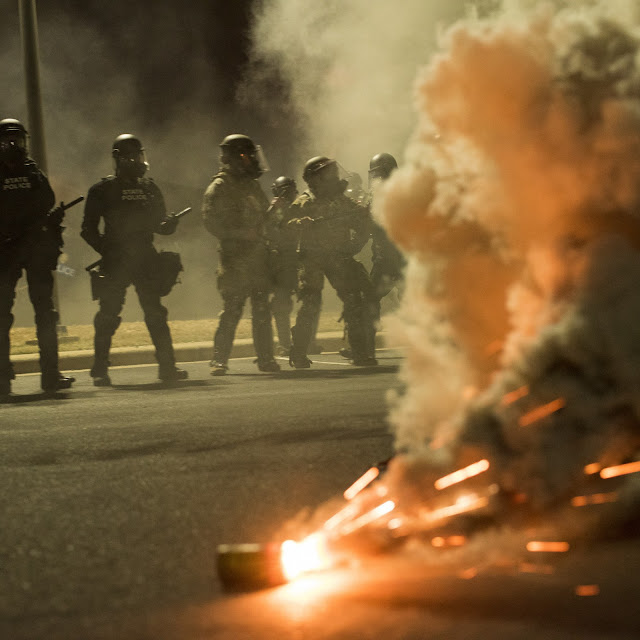 Covid-19 was the forbidden key that opened Pandora’s Box which unleashed a tsunami of suppressed yet exponentially growing global problems percolating since the turn of the century. We hadn’t progressed 20 years into the supposed new enlightenment of the 21st century yet have suffered three calamitous events.

1.    First it was the aftermath of 9/11, the implementation of draconian, and more insidiously, codified security measures that facilitated the emergence of the surveillance state with the implicit approval of the citizenry.

3.    Third emergence of an unstoppable virus without a cure which morphed from an epidemic to pandemic in the blink of an eye that shutdown the global economy affected each one of the 7.7 billion men, women and children.

The compounding effects of these calamities occurring in short order has exposed and widened the historic global inequalities in which, most disturbingly, the richest parties’ resources could easily provide the basic necessities to the billions in need. This growing dilemma has been expressed throughout the decades through well-known movies yet governments and the ultra-wealthy decided to kick the can further down the primrose path as long as the “salt of the earth” don’t take extreme and extended measures against the flawed institutional structures.

A cinematic compilation of financial avarice and amoral behavior by governments and the ultra-rich can be viewed through the following links:

·         The about to be released safecracker convict played by Sean Connery explains society’s hypocrisy between his profession and government/private industry laws and institutions in the movie The Anderson Tapes (1971).

·         Finally the sequel to Wall Street – Money Never Sleeps (2010) – in which the greed mindset hasn’t change one iota as succinctly expressed by financier Bretton James played by Josh Broslin.

All this means that it’s time to pay the piper - the convergence of events behind a dam that can no longer withstand the pressure will unleash violence nationwide where there may be no safe haven from social unrest.

The following are three present-day and upcoming broad and critical phases with each succeeding one potentially more tumultuous, are already underway:

PHASE ONE | PRESENT-DAY TO ELECTION DAY

During these summer months we’re in a period of relative calm before the storm although there still exists an on-going smoldering cauldron of small violent firestorms here & there particularly in the northwest. Otherwise most other protests have been relatively peaceful. The progressive re-openings many of which were proven to be premature, were still nonetheless fortuitous because they served as a social safety valve.

Democratic presidential nominee Joe Biden is under considerable pressure to name a woman, particularly a woman of color, as his vice presidential running mate - and indeed there are several qualified candidates. I believe that Susan Rice, a highly experienced international affairs professional that America badly needs to repair shredded relationships with friends and foes alike, has the advantage of not serving in public office. This could work successfully the same way President Trump with no prior public service experience won the presidency in 2016.

It is probable that the VP running mate could assume the presidency well before 2024. Biden’s age and diminishing mental acuity will compromise his competence particularly under an unprecedented historic socio-economic powder keg. For this reason if his psychological barriers buckle, then the VP will have to step in.

Counter-intuitively, Biden’s double-digit lead in the polls over Trump will suddenly shrink dramatically after the announcement of his VP running mate. Why? Because Trump supporters and others (i.e. the undecided) were incensed over President Obama’s presidential victories in 2008 and 2012 both because the Democratic Party had fallen short for many years to address their concerns and also because of latent racism in that Obama is a man of color. The possibility that a woman, a particularly divisive politician even within her own party, could follow man of color and ascend to the position of Commander in Chief “inspired” them as well as closet misogynists to vote for Trump.

For this reason should a female woman of color, regardless how well qualified and experienced, as Commander in Chief will send them over the edge and vote for four more years of chaos regardless if Trump commit more outrageous faux pas than Chief Inspector Clousseau. In other words it may not show in the polls but the 2020 presidential election will be far closer than anyone can imagine.

Because of the country’s extreme divisiveness a victory by either Biden or Trump will result in severe post-election violent backlash and an increased intensity of social unrest. Here are the results and a perspective of the aftermath:

Biden is neither a savior nor panacea for America’s ills rather a fatherly four-year placeholder. Despite his best effort and intentions as the elderly and ambulatory-aged Commander in Chief, it won’t be enough to snuff the flames of growing violent social unrest.

A Biden victory, particularly if his vice presidential candidate is a woman of color, will trigger unprecedented outrage among the Trump supporters and sympathizers. Trump supporters will have lost an authoritative figure whose words implicitly approve of their darkest thoughts and call to actions including a call to arms.

While blaming dark conspiratorial forces that resulted in his election loss, Trump will initiate a scorched earth policy provoking chaos. For this reason it will be a rough administrative transition as the Trump crew may not provide the same professional and historical courtesy. It wouldn’t be too much of a stretch if some of his official and unofficial diehard political supporters engage in werewolf tactics similar to what fervent young Nazis did for a brief period after WW II using guerilla tactics to terrorize the occupying powers.

A Biden post-election victory follows the old adage about playing chess with a pigeon. The pigeon will knock over all the chess pieces, defecate on the chessboard, fly away and tell all his friends that he won.

This is the ultimate worst-case scenario for social unrest. A Trump re-election victory will signal four more years of dysfunction, incompetence, corruption and malignant narcissistic behavior. For Trump it will literally be the best of times because he won’t see himself as a lame duck rather confirmation as a legacy in the making and consider this second term carte blanche to do whatever he wants.

His re-election victory will signal to the downtrodden, mostly citizens of color, that not only is the system broken but it’s perpetually rigged so nothing can ever be fixed. For this reason imagine the intensity of the infamous Hong Kong riots in 2019 but in every US city with far more violence and requiring overwhelming military force to quell.

Sadly the only good news will be the approval and initial distribution of the many Covid-19 vaccines under development worldwide. Although the initial distribution will be to frontline and essential workers, the fact that it will inevitably be available to the general public will be reassuring to a certain point.

Again, counter-intuitively with greater (potential) protection from the virus and greater re-opening of the economy, Americans on both sides of the political divide will be free to engage in more aggressive acts. The perception is that Biden won’t order or endorse excessive force to quell any violent social unrest which, in my opinion, is mistaken.

Even under the prospects of a vaccine coming to market, the Democrats will be astonished that the growth and intensity of the protests will continue well after the inauguration. It won’t be about Biden personally, rather the corruption and inertia of the system that has greatly exacerbated socio-economic inequities.

Even if a clinically proven safe vaccine was applied today to every man, woman and child on the planet, the fundamental deeply embedded structural socio-economic problems remain and cannot be undone in one administration term. It’s a multi-generational process that requires strong bipartisan support that goes far beyond the trillions spent for Band-Aid solutions.

Posted by Atthehighestelevels at 1:14 PM