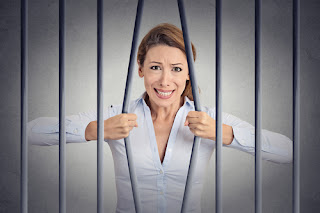 The pandemic has provided the corporate leadership the opportunity to exploit the global, broad-based ubiquitous practice of remote working in order to reconfigure their business model in a way that increases the gulf between themselves and the workers.

Corporations are pursuing a dual track approach of “social distancing” with “business distancing” by leveraging informational technology (IT) with the syrupy public relations pitch of safety, health, convenience and efficiency for all.

Furthermore the decades-old efforts to flatten management levels has accelerated. Corporate leadership has applied the age-old tactic of “divide & conquer” by creating a virtual wall between and amongst middle management and workers by encouraging the continuation of remote work.

This has resulted in the following:

·       Workers: The inspiring and dynamic in-person gatherings are replaced by remote communications which eliminate the emotional ability to galvanize a strong rank & file collective to challenge the corporate leadership’s practices & policies.

·       Middle Management: Remote work has disabled their ability to advance within the company or seek better opportunities elsewhere.

Perversely the economic demand destruction and mass unemployment have raised the rate of personnel retention across the board.

Quantum advances in AI in the white-collar world are enabling major companies to utilize it in the interview and hiring process which they boast supposedly removes human bias. On the flip side AI operates through the infamous proprietary algorithmic “black box” which has been proven to be (deliberately or not) biased. This shift to utilizing technology offers a certain level of legal protection because no one can be personally accused of bias or inappropriate behavior.

This new aforementioned hiring development was presented by The Wall Street Journal IT video series entitled “Upstream”, in the following short video entitled Artificial Intelligence The Robots Are Now Hiring.

The easiest positions to be filled through AI technology will be low-skill labor requiring merely a deep-dive security check for prior criminal activity.

For middle management, even the most talented are adrift in perpetual business purgatory. At minimum the final stages of a job interview are conducted in-person not only with the primary contact rather a team of colleagues who eventually makes a recommendation. Pre-pandemic it became standard practice for even the most modest entry-level analyst position to require endless numerous face-to-face interviews before a decision was made.

Even the best of present-day or near-future technology such as holograms can never substitute the intimate in-person encounter whether at the office or offsite at a nearby restaurant for wining & dining.

Nowadays most manager’s careers that have been treading water forever, are in a long-term to permanent career lockdown just the way corporate leadership wants it for the purposes of absolute control, zero personnel turnover and less overhead costs.

Under the present-day draconian circumstances, middle management has the unenviable duty of being the gatekeepers and buffer between the C-suite and workers while at the same knowing that they have a considerably insecure and short career lifespan. The multiple layers of protective management in the past are no longer needed because of information technology and remote work as cloud-technology provides the same protection plus an enormous human resources cost-saving.

For this reason middle management will continue to serve an important political purpose for corporate leadership in various roles as required as the wafer-thin vanguard gatekeepers, foil and cannon fodder.

This cannon fodder role can be played out when middle management is assigned on the periphery of projects with vaguely described responsibilities. Within this contractual cauldron they’re the designated scapegoat if the project fails.

It’s the same deliberate practice when corporate leadership hires white shoe consultants who are coerced to “back in” supporting data to provide a rubber-stamp CEO and shareholder approval to fund a pet or customized high-risk project. The coercion component is to remove any independent doubts about the success of the project by strongly suggesting that future and lucrative business with the white-shoe consulting will be in doubt.

Armed with the consultant’s Good Housekeeping seal of approval, corporate leadership is protected like a form of insurance and who can conveniently blame the white shoe consultant’s incompetence for any fiascos.

The High Life at the High Table

The near-future corporate leadership will be replenished and populated by DNA copies of the present-day leadership who will be even further psychologically disconnected from real working people. This trend reduces even eliminates empathy, boosts self-entitlement and narcissistic behaviors resulting in a corrosive attitude that corrupts decision-making. Big corporations’ dominance will be codified through government policy through their powerful lobbying efforts to protect their interests.

With these new development access to the upper levels becomes almost impossible as articulated through a famous scene between fictional character Gordon Gekko in the movie “Wall Street”.

For this reason the enormous socio-economic divide between the wealthy and everyone else will become increasingly wider & deeper creating unsustainable asymmetrical social structures.

As long as profits are strong and robust shareholders won’t squawk in the same way they’re mum as these same corporations look the other way as exploitive labor practices continues unabated not only in developing countries but also domestically in the US. Any government punishment will be nothing more than a wrist-slap assessing manageable fines that are eventually a tax write-off by the end of their fiscal year.

The confluence of these trends to consolidate more power & control leads corporate leadership down a dangerous road to perdition of having a god complex. They become like the ancient gods unseen, unheard, operating from a (virtual) cloud – an eye-in-the-sky command. Without any direct contact with their workers they become emotionally disconnected from on-the-ground activities. The invisible man in the cloud is hardly an inspiration for sustained quality productivity through grassroots inspiration and innovation. For this reason the corporate landscape will mirror the societal one with a crisp & clean divide between rich and poor protected by AI-sentinels.

Posted by Atthehighestelevels at 2:38 PM