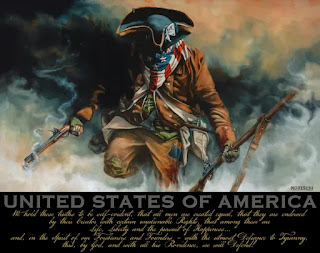 The super-spreaders are the 21st century “willing executioners” who are knowingly a danger to themselves and others by engaging in self-destructive behavior through underground mass parties and other gatherings without a modicum of guilt. This triggers the vicious cycle of viral surges that compels municipal, city and state governments to tighten restrictions which in turn provokes these same irresponsible citizens to flaunt their independence (and so-called “rights”) on a larger scale which sometimes explodes into street protests and violence. The irony is that a many of the viral surges are occurring in rural areas with open spaces yet closed minds.

These post-presidential election tensions prove that the defiance is (and always has been) unmistakably politically-neutral and against government power whether GOP or Democrat, the latter inheriting an unabated nasty reality. The Democrats are not loved, merely tolerated as a reluctant alternative to a dysfunctional and corrupt GOP.

This demographic encompasses a broad spectrum of the citizenry as the on-the-cusp of FDA-approved vaccines are distributed. Here are some of the reasons why more people will not ever take the vaccine.

The scientific community has bandied about the idea that the population will be reasonably safe if only 70% of the population takes the vaccine. This brings up those defiant ones who have no intention of taking the vaccine and will be sufficiently (but not completely) protected without having to take the vaccine.

A vulnerable and increasingly greater part of the citizenry include the psychologically compromised with or without medication who are figuratively dying of cabin fever and others who merely need a gentle push to the dark side to engage in over-indulgence and even irresponsible hedonistic behavior.

Since the Revolutionary War Americans have carried an anti-authority gene regardless of their origins including those recently arrived and granted citizenship. As Barbara Kellerman, author of the book entitled “Followership” describes the American anti-authority mindset, “Under certain circumstances civil disobedience is more admired than civil obedience.”

During the past decades corporations have utilized mainstream media and more recently social media as their de facto capitalistic pimps to super-charge, ramp up and brainwash the consumers’ self-entitled obsession to buy more luxury-labeled stuff with a myriad of products & services all of which are now indelibly ingrained in the American psyche.

This generational method of control has backfired spectacularly with government and corporations unable to cage the beast it created as it runs amok with ever increasing numbers of uncompliant Americans. Because instant gratification has become ingrained as a “right”, citizens are unwilling to comply short-term even if it’s for the public good with the opinion, “I have a right not to follow the health mandates even if it kills me.” This is the price corporate and governmental authority pays when one removes the ubiquitous “food & circus” dogma created to pacify the citizenry.

This corrupted reasoning has enabled some citizens to over-ride the public good through bad behavior by ignoring social distancing, discarding masks and eschewing safety practices against an existential threat. The good citizen behavior for the public good for many Americans is nowadays merely an option, not a civic duty.

Fueling their ire has been the government’s gross incompetence at the municipal, state and federal levels in initially handling the pandemic from communications to providing essential medical equipment to the upcoming vaccine distribution. The physical side effects from the vaccine inoculations may be fleeting but the socio-economic scars will remain long after the virus is defeated.

The perverse irony is that Biden-Harris administration faces the American public’s wrath as mass unemployment, potential mass evictions, continued food insecurity, and monumental debt underscoring a scorched earth American economy which are not solvable in a one-term administration and could backfire spectacularly in the 2024 presidential election.

Posted by Atthehighestelevels at 11:53 AM